The New Dictionary For The Trump Years

Derek Hunter
|
Posted: Jan 26, 2017 12:00 AM
Share   Tweet
The opinions expressed by columnists are their own and do not necessarily represent the views of Townhall.com. 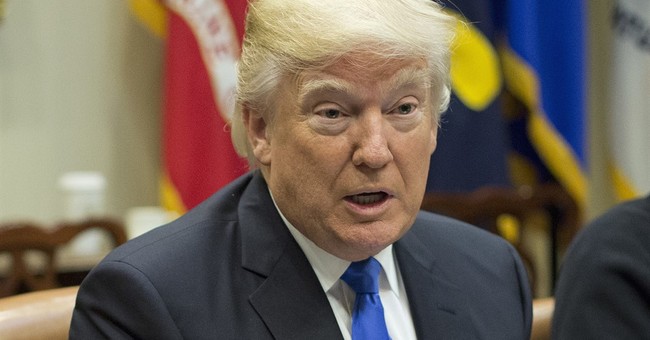 Things changed last Friday at noon. Whether for the better or worse depends on one’s political persuasion. But one thing is certain – the way words were used, which words were used, and even some definitions are now changed, at least for four years.

The personification of government buildings and branches so Americans would not associate failures and scandals with the president is a thing of the past. Welcome to the new era of one man, President Trump, being responsible for every government failure.

When Obamacare launched, it was the Department of Health and Human Services that failed. President Obama was an innocent bystander. When the Internal Revenue Service targeted American citizens because their political beliefs differed from that of Obama, the blame softly moved toward alleged rogue agents in a field office.

Now, if an FBI agent gets a speeding ticket in Los Angeles, expect Trump to be blamed.

After eight years of barely reporting on a “disposition matrix,” prepare for stories of President Trump’s kill list and updates on body counts.

Perhaps the biggest shock will come with those who have termed themselves the “resistance.”

Continuing with its tradition of bastardizing words – Democratic People’s Republic of Korea anyone? – the progressive left has adopted the idea that it is part of some kind of “resistance.”

The choice of those words – the resistance – is meant to evoke the idea of brave French citizens risking their lives to fight the Nazis. Subtle, right?

The mainstream media, naturally, has accepted this self-assigned vernacular, droolingly repeating it in reference to such things as violent inauguration protests and vehemently anti-American protests the day after. While the French resistance did, in fact, cause a lot of destruction, members of the media not only are not resisting Nazis, they’re employing their tactics. Doing so in the name of an all-encompassing, powerful government is just the icing on the irony cake.

Yet the name rolls on. Media figures now interview “resistance leaders,” and the lead up to the “Women’s March” could not have been greeted with more free publicity without starting a network in their name.

Of course, that new network would have had to compete with MSNBC and CNN for the most coverage of the event itself, as both spent Saturday drooling over Madonna cursing while saying she’d love to blow up the White House and has-been Ashley Judd performing a nonsensical poem.

As wealthy celebrities lectured the mindless masses about every left-wing cause from amnesty to the weather, “journalists” were dispatched to the crowd to “get reaction.” But to what? Little from the stage was covered, mostly because it was vulgar, but also because it was insane. It was exactly what Americans across the country rejected during the Obama years, when more than 1,000 elected positions across the country flipped from Democrat to Republican. Can’t show that, so they spoke to people in the crowd.

For a self-proclaimed “anti-fascist resistance,” they sure use fascistic tactics and propaganda that would make Goebbels blush.

But none of that matters in 2017. If a march of women demanding “vagina power” can be accused of being intolerant of transgender women, or men who think they’re women, and a sorority is being pressured because it won’t let a woman who thinks she’s a man join, then nothing matters anymore. The sun can rise in the north simply because someone says it does, and pigs can fly because someone threw a piece of bacon.

A lot changed on Jan. 20 – some for the better; others for the worse. But nothing changed more than the way we communicate; or, more directly, how we are communicated to. Journalists are attempting to walk for the first time in eight years, to flex muscles they’ve let atrophy. It’s going to be uglier than it was already going to be because the president is a Republican and the president is Donald Trump.

That ugliness will be called something else, probably just “journalism” because, well, they identify as someone with press credentials and that, in 2017, is all it takes to be something anymore. I look forward to the undoubtedly award-winning pieces in newspapers across the country explaining how it’s all Donald Trump’s fault.