Derek Hunter
|
Posted: Jan 05, 2017 12:01 AM
Share   Tweet
The opinions expressed by columnists are their own and do not necessarily represent the views of Townhall.com. 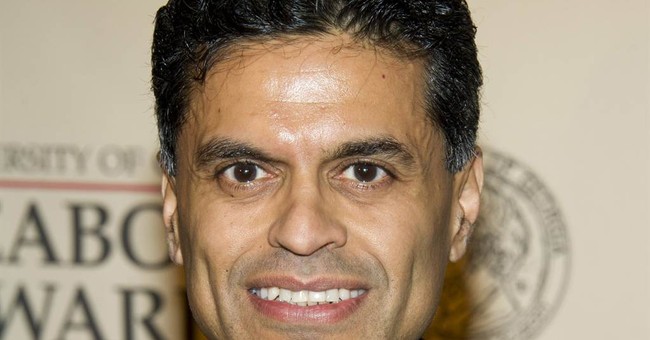 Well, it’s been less than a week, and 2017 already is full of stupid. Media, Republicans and Democrats all are acting like the guy who resolved to quit smoking on New Year’s Day but decides to put it off till he finishes the carton he bought the day before. Wouldn’t want to waste that money, after all. But after that, he’s done, for real.

First, House Republicans decided to “gut” the Office of Congressional Ethics. Of course “gut” is the media’s word, fed to it by Democrats, and it was really nothing of the sort – it was the start of needed reforms that many Democrats support as well – but to do it in the way the GOP did it was just plain dumb.

The current way the OCE works is flawed, perhaps fatally. Yes, Congress needs accountability, but there are multiple ways in which congressional ethics rules can be and are enforced. Jim Geraghty at National Review spelled this out pretty clearly, so there’s no need to do so here. What does need to be noted is just how dumb it was for Republicans to do this when they did it, in the way they did it.

At night, before the new Congress was even sworn in – this is their priority?

Yes, it was part of the rules package, but do these people know nothing about optics or messaging? There are 241 Republicans in the House of Representatives and none appear to have any clue how the real world works when it comes to such things.

Many Democrats support the idea of “gutting” the OCE and would have supported what Republicans tried to do if they were smart about it. When doing anything involving the word “ethics” you run the risk of looking like you’re attempting to hide something. Bipartisan cover would’ve gone a long way toward neutering that impression. They didn’t do that…because…who knows?

Even though many Democrats support reform, they also want to make Republicans look as bad as possible. You can’t blame them for taking advantage of so golden an opportunity. It’s not a surprise, but it is a lesson Republicans never have learned.

Donald Trump knows this, which is why he chastised the House GOP for jumping into this bear trap. That the rest of the party didn’t know this is proof the Republican Party still excels at only one thing – snatching defeat from the jaws of victory.

It’s going to be a long year if this week is any indication of the GOP’s strategic thinking.

Not to be outdone, the media dropped a log just after the date change in the form of a CNN special called “The Legacy of Barack Obama.” The embarrassing event was hosted by noted plagiarist Fareed Zakaria, who, were he named Jim Smith, would be a pretentious, unknown local weatherman in Boise, Idaho, and who was everything you’d expect from the combined integrity of him and CNN.

Zakaria asked Obama’s brain, Valerie Jarrett, “He's also played the role of head of state and president, and Michelle has as first lady, with a great deal of dignity. Is there a conscious effort to do that because it is the first African-American couple in the White House? Do they think in those kinds of historic terms about their role?”

Aside from being devoid of journalistic value and dripping with sycophantic overtones, Fareed’s question is incredibly racist, which is funny because he’s so quick to cry racism in defending the president of legitimate criticism.

But could you imagine if Tucker Carlson or Sean Hannity asked an Obama advisor if the president makes “a conscious effort” to act with “dignity” because he and his wife are black? There would be a Fareed Zakaria special on CNN about how they’re racists who need to be fired. He wouldn’t have written it, but he’d take the credit and the pay for having written it.

Yes, 2017 is under way…and it’s already stupid. And it’s only going to be dumber…

(I didn’t even have time to write about how New York Gov. Andrew Cuomo is offering a statewide plan for “free college” in what can only be described as the first salvo for the 2020 Democratic Party nomination. Gird your loins.)