Derek Hunter
|
Posted: Dec 08, 2016 12:01 AM
Share   Tweet
The opinions expressed by columnists are their own and do not necessarily represent the views of Townhall.com. 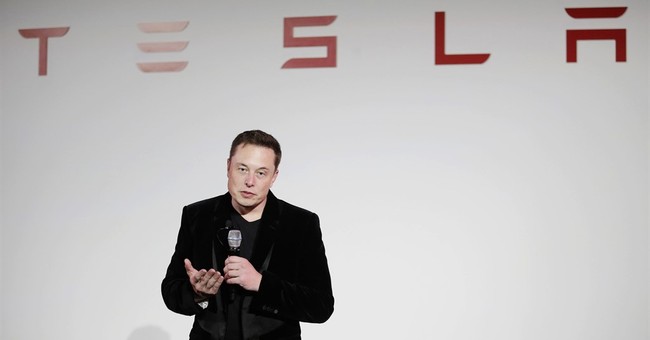 Mainstream media is on a jihad against “fake news,” stories made up or conspiracy theories formulated by people either to push an agenda or simply mess with people. But not all “fake news” is created equally.

The media has a point: Fake news is a problem, as evidenced by the guy who shot up a DC pizza place because he wanted to “investigate” whether top Democrats were running a child sex ring out of the basement. The theory came from rumors online strung together out of the emails hacked from Hillary Clinton campaign manager John Podesta and involved code words and a healthy dose of paranoia.

The pizza place, it turns out, doesn’t have a basement, which blows a pretty big hole in this insane story. Still, the media is treating one unstable man’s bizarre actions as a call to action to censor what they consider to be fake. But what about the fake narratives they push?

To just take one example, in surfing news sites to prepare for my radio show on Monday, I noticed something weird – six glowing stories about the same man.

This man is a billionaire – one of the media’s “good” billionaires because he’s liberal on the issues and donates to a lot of liberals. But his fortune comes, in large part, from subsidies from taxpayers.

Who is this man? Elon Musk, founder of Tesla Motors and SpaceX.

Make no mistake, Musk is a smart man and a bit of a visionary, but he does not walk on water nor turn it into wine.

His Tesla cars are beautiful and may, one day, revolutionize the auto industry. But that day isn’t today. SpaceX has an ambitious goal of sending manned missions to Mars by 2025, but its rockets keep exploding.

So with Tesla being more of a novelty at the moment, and SpaceX suffering regular setbacks, what about Musk warranted six glowing stories on the same day?

Musk is wealthy – an early investment in PayPal secured his initial fortune. But his companies have received nearly $5 billion in government subsidies (and is seeking another $10 billion). You’d be hard-pressed to find someone who wouldn’t be successful if you dumped that much money in their lap.

I don’t want to take anything away from Musk, who by all accounts is a smart and ambitious man. But unless you cure cancer, nothing justifies this sort of throne-sniffing by the media on one day.

Call it what you want, but it is fake.

Just look at these headlines:

From MarketWatch: Elon Musk earns title of tech’s most admired exec, and nobody even comes close.

From the Times Of India: Why Elon Musk's A Modern Visionary Deserving Of All Our Respect.

From Business Insider: Startup founders say they admire Elon Musk more than any other tech CEO.

The content of these “news” stories are about as close to a journalistic exercise as their titles suggest.

Honestly, you couldn’t buy a better day of PR if you used all those subsidy billions to do it.

These are media outlets publishing stories that are just this side of reprinting press releases, and we’re supposed to take their concerns over “fake news” seriously?

I agree, fake news needs to be called out and spiked by the media whenever they see it. But where do we go when you spot six glowing, non-critical stories in one day on a subject the media favors? Nowhere.

Therein lies the problem with the crusade against fake news: No one is pure enough to call it out. There is no arbiter of newsworthiness or merit. One man’s admirable billionaire is another’s liberal hack suckling the government teat. One man’s visionary is another’s opportunist. And they can both be right and wrong, depending on the situation.

Elon Musk isn’t history’s greatest monster, nor does the bathroom evince the scent of a dewy meadow after he’s done his business. If you like subsidies and support the idea of government manipulating markets in an attempt to influence consumers and outcomes in the name of a progressive agenda, he might be your hero. If you oppose your tax money going to pay for the dreams of others, probably not so much.

In the case of something insane like the “#PizzaGate” story, we can all agree that made-up stories are wrong and should be called out wherever they’re found. When it comes to the Elon Musk public relations one-day fire sale masquerading as news, it’s becomes a little more nuanced.

News outlets are responsible for what they choose to publish, and they need to be held accountable for it. But ultimately, the responsibility lies with the consumer. If a story, either positive or negative, aligns a little too perfectly with an established narrative, a jaundiced eye would serve you well.

The internet’s curse is that anyone can start a website and spin anything they want. But its blessing is everything else is out there too. Don’t take the word of any source as gospel; if something piques your interest, check it. If something seems crazy, it probably is. And if someone is portrayed as the second coming, dig deeper.

You choose your standard of proof, but we’d all benefit by raising our bars a little. As President Ronald Reagan famously said, “Trust, but verify.”