Derek Hunter
|
Posted: Sep 22, 2016 12:01 AM
Share   Tweet
The opinions expressed by columnists are their own and do not necessarily represent the views of Townhall.com. 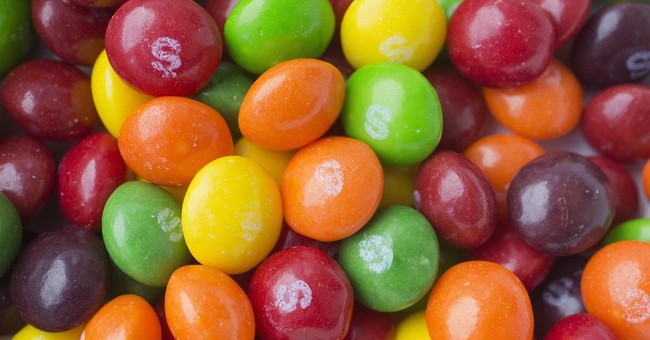 If you wrote the story of this election as fiction two years ago, your publisher would demand it be called a farce. If you had a vision of this election 20 years ago and told anyone about it, you would be institutionalized to this day. Even now, in the midst of it all, much of the 2016 presidential election reads as parody. And the media coverage is the tip of that absurdist spear aiming for the heart of reality.

The media loves nothing like it loves itself. With the possible exception of Hollywood, no industry awards itself more for doing what it is paid to do. It’s hard to find any reporter with experience who wasn’t at least nominated for some meaningless award at some point. Many of them proudly list their “Somebody Or Other You’ve Never Heard Of Award” nominations or victories in their bios.

None of that has any bearing on how well they do what is supposed to be their jobs –informing the public. It’s more of a measure of how much space they happen to occupy in the heads of their fellow reporters at the time of the voting. There’s a reason studios release movies considered to be “Oscar contenders” at the end of the year and not earlier.

Presidential elections are Oscar season for journalists. The rush to get a scoop or a first interview with someone of note can lead to TV appearances, awards, book deals or jobs in the incoming administration. Journalism has gone from a career to a stepping-stone.

Maybe that’s why so many are spending less time reporting and more time campaigning for Hillary Clinton. She is, after all, going to need a press secretary and speechwriters. People who hold those jobs, especially for Democrats, get sweet jobs in the private sector when they leave. It’s pretty easy to not give a damn that Social Security is going broke if you’ve got seven figures in stock options and salary waiting for you in Silicon Valley.

This “jockeying for position” was on display this week in a new and creatively pathetic way – Skittles.

How does candy figure in to a presidential campaign? It doesn’t, really. But when you’re desperate, you make it up.

Can’t blame journalists, really. They poll just below Zika in popularity, and media outlets are shrinking not just in influence but in staff. For many, a position in a Clinton administration is their last hope before being forced to try to find a real job in President Obama’s awful economy they’ve been spinning as a smashing success. The prospect must scare the hell out of them.

To avoid the fate of Americans in “flyover country,” a little pride (and dignity) must be swallowed.

So journalists found outrage in an accurate analogy.

As you’ve undoubtedly heard by now, Donald Trump Jr. tweeted a meme reading “If I had a bowl of Skittles and I told you just three would kill you. Would you take a handful? That’s our Syrian refugee problem.”

The only way to not understand that is to be deliberately obtuse. Or a hack with press credentials.

All the presses stopped and all the teleprompters had to be reloaded because people who make a living being offended were offended.

“Refugee are not candy!” was the basic response. It had to be, because the alternative would be to acknowledge we have absolutely no way of knowing if Syrian refugees are who they say they are, let alone if they have ties to terrorist groups. It is impossible.

But you can’t report that because it doesn’t help Democrats. And you can’t ignore the meme because it puts a complex issue progressives are trying to muddy in crystal clear terms.

Out came the stupid.

Our tax dollar, er, I mean National Public Radio (same difference), “reported” the tweet “drew condemnation from many who viewed the tweet as a flip, dehumanizing way to address a humanitarian catastrophe affecting more than 13 million people.”

Nothing in the piece about the wannabe professional golfer overseeing US foreign policy ... the guy who putted while drawing and erasing “red lines” as that “humanitarian catastrophe” came into being. Nope, just the faux outrage.

Nearly every media outlet followed suit, because collectives don’t question, they act. If one competitor is going to have something on the resume, you’d damn well better have it too!

Meanwhile, the three broadcast networks devoted a total of 12 seconds to the Obama administration “mistakenly” granting citizenship to criminal illegal aliens slated for deportation. Maybe if they’d been eating Skittles…

As if more was needed, note the lack of outrage just two years ago when the exact same analogy was used about men. It was OK then because it was used by feminists to smear 10 percent of men as monsters. (And it used M&Ms, a far superior candy to Skittles.)

No outcry, no presses stopped, only a narrative to advance. Weird, right?

We even now know the man who took the picture of the bowl of Skittles was a refugee from Greece to the UK when he was a child, like it matters. Anything to avoid the actual point.

Expect more of this between now and November. A lot more. The alternatives would be covering Hillary Clinton like honest journalists or facing a tough job market with nothing but merit and a box of office supplies and Lucite block awards with their name engraved in them.