Donald Trump Is A Hero, Just Ask Him

Derek Hunter
|
Posted: Jun 02, 2016 12:01 AM
Share   Tweet
The opinions expressed by columnists are their own and do not necessarily represent the views of Townhall.com. 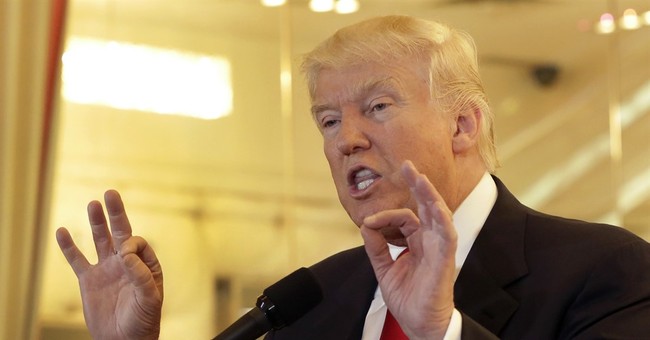 Donald Trump is a hero. Just ask him.

He’s a champion for everything popular and is opposed to everything unpopular. If you support him you are smart. If you don’t, you’re a moron.

It doesn’t matter if he contradicts something he’s said years, days or even minutes ago. He is going to be the greatest president ever. At least that’s the depth of the intellectual argument his supporters make for his candidacy.

Make no mistake, if elected, Hillary Clinton will be awful. Yet I’ve seen nothing to lead me to believe Donald Trump would be any better.

Some of what Trump says sounds good – but only if you don’t listen closely and he’s telling the truth. There are few things more painful than listening to Donald Trump attempt to talk about policy. He doesn’t know much about it, and given the fact that we’re a year into his candidacy, he doesn’t care about it.

If, after a year of campaigning, he can’t answer basic questions without going off on self-aggrandizing tangents or contradicting himself from days or hours earlier, he has no core beliefs. He has no principles.

I believe if he were to become president he’d be as dangerous as Hillary Clinton. The difference is congressional Republicans would go along with his bad ideas and excuse his abuses of power simply because he has an R after his name. I’m not willing to trade the other team’s despot for one on my team.

On the issue of the money raised for veteran’s groups, as with all criticism, Trump is quick to martyr himself.

His press conference Tuesday was an exercise in hero self-worship. He proclaimed he was being forced to take credit for donating $5.6 million to veterans groups because the mean old media made him, when he’d been sitting on most of the money until people started asking where it was. Moreover, he nearly blew out his shoulder patting himself on the back for raising it in the first place when he chickened out of a Fox News debate.

Then he made it sound like he’d personally written a check for the full amount, when all but $1 million was raised from others, and he wrote his $1 million check only when he was forced to by media inquiries. No wonder he was so mad at the press; they held him accountable and made him give away .01 percent of what he claims as his net worth. Giving $1 million to charity is great, don’t get me wrong. But to pretend he’s a hero for keeping his word is like demanding credit from your wife for not cheating on her.

After praising himself, and to feed his fragile ego, Trump ran to his safe-space: his favorite sycophantic radio and TV host for a pre-taped lovefest where he once again played the victim. For a self-proclaimed religious man who’s never asked God for forgiveness, he sure is quick to nail himself to the cross.

On the one issue which matters more than all others, the Supreme Court, Trump released a list of judges from which, he said, he’d choose his nominees. It was a glimmer of hope in an otherwise hopeless election cycle. Yet within hours, after basking in the praise of originalists for the list, he added a qualifier – he’d pick from the list or someone else not on the list. Why? It was like Nancy Kerrigan kneecapping herself.

Trump was, once again, self-destructive. The list either means something or it doesn’t; it’s either THE LIST or it’s just a group of names compiled as an attempt to placate skeptical conservatives. That’s the problem with Trump – there is no way to know.

That’s why I can’t vote for Donald Trump. I can’t vote for someone who could be worse than Hillary but would do it with the approval of the party to which I belong. Many in the media, particularly the pro-Trump media, seem to believe opposing Trump was something that would end when he secured the nomination. That may have been the case for some people, but for many of us it was, is, and always will be based on principle.

I can’t vote for Donald Trump because there is no Donald Trump anymore than there’s a Holden Caulfield. He’s a character created to be whatever he needs to be at any given time. I can’t vote for that. I have beliefs, I believe in conservative principles…and no candidate on the ballot does.

I won’t advocate others follow my lead, it’s a choice everyone has to make for themselves. I will be critical of Clinton and of Trump, and I’ll defend Trump when I believe he’s being wrongly attacked, but I can’t vote for him because I do not trust or believe anything he says.