Just To Be Clear

Derek Hunter
|
Posted: Jan 21, 2016 12:01 AM
Share   Tweet
The opinions expressed by columnists are their own and do not necessarily represent the views of Townhall.com. 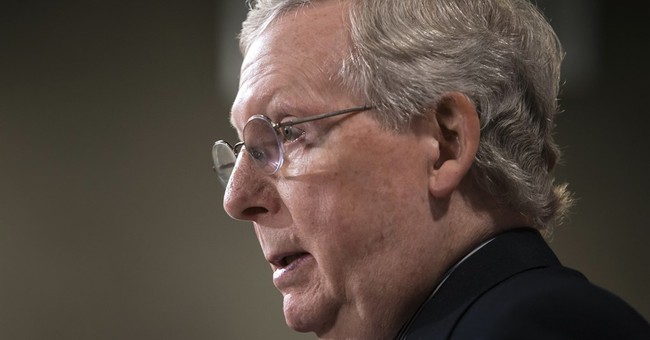 Words don’t simply lose meaning by themselves; the meaning is stripped from them through abuse. To be called a racist was once a serious charge, as was to claim racism. Unfortunately for real victims of racism, every utterance today is subject to accusations of racism, which dilutes real incidents of racism to background noise.

Once left-wing activists discovered they could mobilize masses, obtain influence and power, and, more importantly, monetize claims of racism, real or manufactured, it was game on. The word may have retained its meaning, but the charge is all but meaningless.

That’s why the charges of racism against the Oscars have fallen on deaf ears – half the country has seen someone falsely accused of it and the other half has been falsely accused of it. I don’t know if the Academy of Motion Picture Arts and Sciences is racist or just has different taste in movies than Will Smith’s wife, but I do know I don’t care.

The Oscars, like many things, are subjective. To ascribe racism to a matter of taste is yet another example of watering down the word. As comedian Adam Carolla says, you never want something subjective to go to the judges, be it a boxing match, an award, or anything else. In life you want to land the knockout blow so there’s no ambiguity.

But ambiguity is now a weapon unto itself, at least in politics.

When it started it was clear it meant Republicans who campaigned as conservatives but governed as liberals; those who claimed to be boat rockers but, once, in Washington, learned to go along to get along. Now it means any Republican someone doesn’t support.

“Establishment” is now a meaningless term, a marketing gimmick used to elicit an “amen” from the choir without actually having to preach anything of meaning. It’s a boogeyman, a meaningless “they.”

When former Alaska Gov. Sarah Palin endorsed Donald Trump in her rambling, incoherent speech, she dropped the “E-bomb” every chance she got. What remains unclear is what Trump meant earlier this week when he scolded Ted Cruz for calling Senate Majority Leader Mitch McConnell a “liar” for misleading him and others about re-authorizing the Export-Import Bank

Of course not. And Palin and Trump know it. As does just about everyone who uses the term.

But it’s become such a catchall that it means nothing.

As is often the case with something so meaningless, it has become almost a form of currency for political pundits, on both the right and the left. When Paul Begala talks about the GOP establishment with faux concern, the shark has been jumped. It’s time to move on.

Conservatives have substantive policy differences with liberals, and Republicans, talk about them in real terms, with real examples, not vapid buzzwords. Of all the lessons for Donald Trump’s candidacy, one of the few worth learning is poll-tested, focus-group-directed campaigns are the road to ruin. Just look at Hillary Clinton. An FBI investigation into potential felonies aside, her speaking to a crowd is like being stuck in an elevator with Frank Luntz.

Be it a narcissistic actor, his wife, Sarah Palin, Paul Begala, some random talking head or even the candidate you like, mindlessly misusing terms is a counterproductive exercise.

Words have meaning, at least for now. The more we surrender to the political class, entertainers or anyone our words and the meanings of those words, the farther we slide down the rabbit hole of our demise. And that’s the key to letting the racist establishment win, isn’t it? Or something.