Trump, Or Get Off The Pot 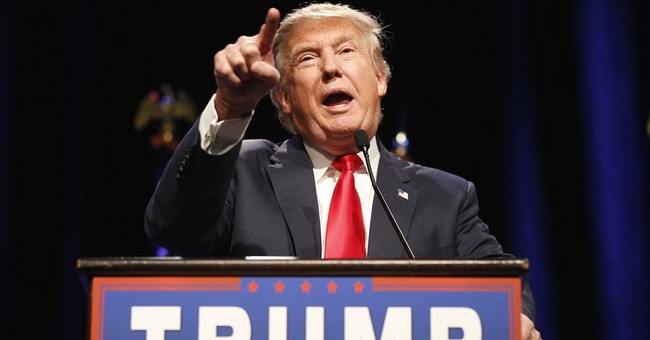 If I were to ask you what Donald Trump wants to do as president the answer would be simple: Seal the southern border, create jobs, build up the military, place a moratorium on visas issued to Muslims until we can modernize the screening process and generally “make America great again,” right? Like I said, simple.

But if I asked how he plans to do this … Do you know? Because I sure don’t.

The fifth Republican debate just ended, and Trump spoke in platitudes, nothing more. He’s leading in the polls – that part I get because he won’t stop saying it. But so what?

What he wants to do is important, but so is how he plans to do it. I’d like to run a marathon, but without an actual plan to make it happen, to train, I’d be doubled over, gasping for air after mile one.

With very few exceptions, Trump has not spelled out how he plans to do what he wants to do. Moreover, in many instances, he hasn’t come close to saying what specifically he wants to do.

I’m not asking for draft legislative language – just a general understanding of how he would get things done in a constitutionally limited republic. We’re coming out of an administration led by a man with animosity toward the Constitution and the concept of separation of powers, and I don’t want another one, even one whose policies I would support. We need a president to undo the damage Barack Obama has done, someone willing to use that magic pen and phone to reverse his extra-constitutional orders, then smash the pen and phone into a thousand pieces.

It’s not enough simply to undo Obama’s executive power grab; the concept of it must be rejected. That will require a strong conservative president willing to live within the confines of the office laid out by the Constitution – one willing to sign legislation that limits his own authority to regulate unfettered the federal leviathan.

It will require a humility and respect for the Constitution few have demonstrated thus far, but something with which Trump hasn’t even so much as flirted.

I don’t believe Trump ever would break that magic pen. In fact, I’m fearful of what he would do with it.

Trump probably would need help from Congress to build the wall and almost certainly would need congressional help to get Mexico to pay for it. He either doesn’t know this or doesn’t care. Neither is acceptable. And that’s the issue on which he’s been the most specific.

Everyone wants America to be great again, but it’s going to take more than embroidery on a baseball cap to make it happen. It’s going to require a deep respect for the Constitution and the limits it places not only on government, but specifically on the office of the president. I see nothing that leads me to believe Donald Trump respects or even is aware of that concept.

In his daily life he doesn’t have to work with anyone – his word is law. He says jump, and his children and the team of lawyers he pays ask how high. It may be great for business, but it’s the antithesis of what our government is supposed to be.

That’s why I want specifics. I’m not looking for a dictator I agree with. I’m looking for a leader who can restore what Obama, and Bush before him, and Clinton before him, eroded. I’d love it if it were done quickly, but I demand it be done legally. For that to happen I need some specifics.

The example of Obama must be rejected, and it must be rejected the right way. The next president must get things done by leading Congress, resisting the urge to bypass Congress when it won’t go along and using the bully pulpit to rally the people to support his initiatives. Persuade the people, and you persuade their representatives.

The people need to know not only where their president wants to lead them, but how we plan to get there. Trump is not the only candidate to be nebulous on some issues, but considering his lack of political experience, history of contradictory statements and current position of leadership in the polls, it’s time for him to share some specifics.

Failing that, one has to assume he doesn’t offer details because he doesn’t know them. That’s why it’s time for Donald to Trump or get off the pot.