Someone Get Biden And Ryan Some Fiber 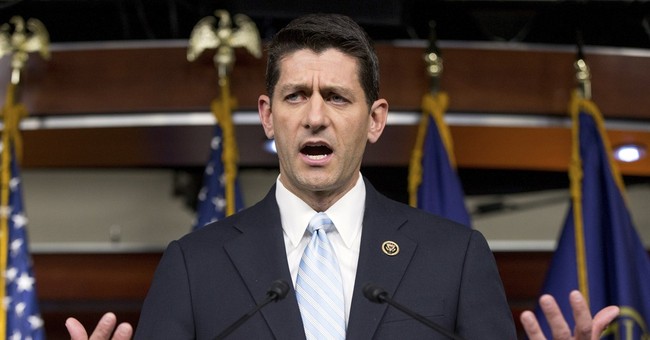 While normal Americans go about their business, the political world is anxiously awaiting two men to decide if they want to lead. Vice President Joe Biden and U.S. Rep. Paul Ryan, R-Wisc., debated one another in 2012, but now they seem to be playing a game of indifference when it comes to their political futures.

I’m writing this on Tuesday night, so anything could happen by the time you see this, but given their reluctance or inability to make a decision, I might be better served to wait until next week to run this.

Biden has wanted to be president since the founding of the country. He’s never held a real job, having been elected to the Senate at age 29 after serving three years on the New Castle County Council after law school. The public teat is all Joe knows. At 72 years old, he has no other skills.

A life-long baby-kisser, it’s no wonder creepy “Uncle Joe” is known for inappropriate touching and stealing other people’s biographies.

That’s right, Joe Biden plagiarized his own life story, taking a speech by British Labour Party leader Neil Kinnock and “making it his own.”

Joe doesn’t have an identity or personality; he has quirks.

Biden is affable enough but fiercely partisan when he needs to be. Brutalizing Republicans and their nominees when it suits his party’s needs, he makes a great attack dog. But does he want to be president? More than anything in the world.

The man has run twice before and lost, badly. But he was just a doofus from Delaware both times; now he’s an incumbent vice president with, presumably, access to at least some of President Obama’s political machine and implicit support. That may not help him in the general election, but in the Democratic primary it is gold.

The cult of personality built around Obama won’t transfer to an old white guy, even if Obama endorses him. But the money would flow. Besides, he’d be up against a nearly equally old white woman with fewer accomplishments than him.

Hillary Clinton is vulnerable; it’s just that the Democrats have no viable candidate to run against her. Joe could, if only be default, be that alternative.

The Democratic leadership looks like an old folks home in the segregated south. Nancy Pelosi is 75, Harry Reid is too. Dick Durbin, Reid’s second in command, is 70, Steny Hoyer, Pelosi’s No.2, is 76. Who else do they have?

The media loves to pretend Elizabeth Warren is some sort of “breath of fresh air,” but at 66 she may be “young” relatively, but her breath smells a lot like Super Polygrip.

So why not Joe? He’s never been paid a quarter-million dollars for an hour-long speech, so when he whines about “income inequality” he won’t come across as a complete phony.

Still, he hasn’t made a decision yet.

Biden’s choice isn’t a pressing as Paul Ryan’s. He’s the next Speaker of the House…if he wants it. But he doesn’t, although he will deign to do it if it’s on his terms. Maybe.

Honestly, the Republican caucus in the House has become the “Courtship of Paul Ryan.”

He doesn’t want the job; he’s totally not interested; nothing has changed…although he’d take the job if everyone gives him their support, promises to neuter themselves and he doesn’t have to travel. As someone who’s recently gotten married I can tell you: If you’re proposing to someone and their agreement is conditional, run.

He’s too “nice” in a time when someone with drive, broad knowledge and an ability to communicate ideas in a way normal humans speak – with quick wit and razor sharp elbows – is needed. Paul Ryan isn’t that person. He possessed some of the qualities, but not enough of the important ones.

Still, he’s willing to take the job if the caucus leaves him alone and gives up the ability to remove him. Hey Congressman Ryan, leading isn’t a favor you do for someone; you either want the job or you don’t.

In spite of the media hype, Paul Ryan isn’t special. He either thinks he is or is sick of saying “no,” so he’s set out unacceptable conditions under which he’d take the job. It’s time to move on, have a private fight in the caucus involving everyone who actually wants the job, let members to vote their conscience and then live with the results.

Oh, and remember to never mount a coup again without a plan for what to do if it works.

Joe Biden and Paul Ryan are different men with different views of the world. But they have one thing in common – they both have a desperate need for some fiber pills. It’s time to decide if they want to be considered for a leadership position…or off the pot.