How Dumb Do They Think We Are? 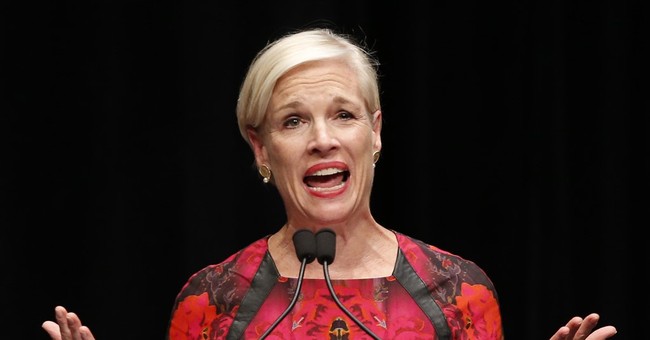 H. L. Mencken famously said, “Nobody ever went broke underestimating the intelligence of the American people.” While it was true at the time, it’s even more accurate now. But is there a bottom to hit? Is there a lie too absurd for the public to buy if it is repeated often enough?

Planned Parenthood, the McDonald’s of abortion, receives more than half a billion taxpayer dollars every year and is caught on videotape selling organs from aborted babies for profit. Selling human organs is illegal, just one of many crimes the videos document, and a criminal investigation has been launched…against those who recorded the videos.

California Attorney General Kamala Harris, Democrat, announced she’ll “carefully review” the Center for Medical Progress to see if they violated any laws in their undercover sting. The investigation comes at the request of those caught on tape breaking the law; they face no such investigation or threat of criminal prosecution. It’s like John Dillinger demanding a change to bank security.

Harris is expected to replace retiring Democratic California Senator Barbara Boxer next year because the Party cleared the field of Hispanic challengers for her and Californians, at least a majority, are unthinking liberal drones. In other words, she’s the perfect person to launch this investigation because she’s politically immune from any action she takes. The “D” after her name in California is a shield from consequences and her progressive ideology is armor against media scrutiny. Being a liberal Democrat in California is what Superman must feel like when he confronts an angry jaywalker.

But actions based on the presumption of American ignorance isn’t contained in California. Like a cold on a plane, it has spread across the entire country.

Secretary of State John Kerry testified on President Obama’s nuclear cave to Iran. Seemingly oblivious to the content of a deal he helped negotiate, Secretary Kerry couldn’t say whether he would follow the law if Congress managed to override a threatened veto and rejected the deal.

Democratic Congressman Brad Sherman asked Kerry if a veto is overridden, “Will you follow the law even though you think it violates this agreement clearly and even if you think it’s absolutely terrible policy?”

Kerry’s response just a few years ago would have, and should have now, elicited outrage not only from Congress but from the media and the American people. In 2015 it didn’t register. “I can’t begin to answer that at this point without consulting with the president and determining what the circumstances are,” Kerry said.

Honestly, that’s what the Secretary of State, who swore an oath to uphold the Constitution, not Barack Obama, said in response to that question. (Go watch the exchange, reading it doesn’t do it justice.) Have your heard of it? Did you see it on local or national news?

The Secretary of State was unwilling to stipulate, before Congress and on video, that he and the Obama administration would follow the law and the mainstream media ignored it.

When it comes to the president’s deal with Iran, it’s not only the American people who are ignorant - the administration appears to be as well. Secretary Kerry hasn’t bothered to read side agreements reached between Iran and the International Atomic Energy Agency. Moreover, he’s disinterested in their content. If the administration’s lead in the deal can’t be bothered to educate himself on the deal’s entirety, how much do you suspect the President has immersed himself in its fine print?

The president doesn’t have to bother with details; that’s a little bit too much like work, anyway. When not building strawmen about how the alternative to enabling a nuclear Iran is war, he claims he’s not heard one single good alternative. Of course it’s hard to hear contrary voices when you create an echo chamber populated with handpicked sycophants and the only questioning you open yourself up to is from Jon Stewart.

Stewart, the former comedian who made secret trips to the White House to help coordinate media manipulation with the president then dutifully, without disclosing those meetings, played his role by “reporting” to his audience a government-approved message. As the Tokyo Rose of Comedy Central rides off into the sunset, he leaves an audience less informed and a nation in twice the debt than when he found it…but he made a lot of money in the process.

A CNN/ORC poll found this week that 52 percent of the American people oppose the Iran deal, so an administration that routinely cites polls when they’re in their favor and cries “democracy” when it suits them, simply dismissed it. Rather than make their case based on facts, they’ve engaged in a PR campaign with celebrities releasing a video full of attempted jokes and platitudes as empty as the heads spewing them.

When Jack Black and Morgan Freeman are needed to make your case, you don’t have much of a case.