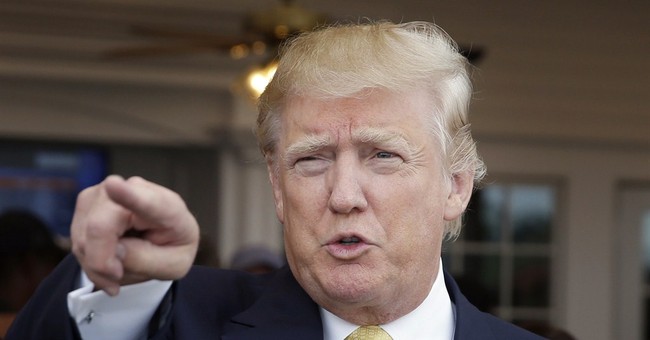 When Kate Steinle was murdered by an illegal alien with a felony rap sheet long enough to make him a viable hip-hop star, the world barely noticed. Conservative blogs did. Fox News did. But most of the rest of the world ignored it. When this became impossible, mainstream media covered it…as little as possible.

The murder of Kate Steinle touched a nerve with Americans who are more interested in protecting the lives of innocent people than advancing a political agenda. Unfortunately, none of those people are elected Democrats. None work in the White House. And only a tiny few can be found in newsrooms across the country.

Kate Steinle’s murder didn’t garner the national media coverage or sympathy given to a drug dealer in Baltimore or a petty thief who tried to kill a cop in Missouri, but it did rekindle a smoldering fire in the American people. Kate was killed for no reason, but she need not die in vain.

As much as progressives and the Republican establishment hate him, the murder of Kate Steinle would not have made a ripple in the national consciousness were it not for Donald Trump. No, Trump didn’t bring the story to people’s attention, but he did bring the issue to it.

Before Trump’s announcement, the debate over illegal aliens and immigration reform was about amnesty, and far too many Republican presidential hopefuls agreed with the concept, to varying degrees. Trump changed that, much to their consternation.

The Chamber of Commerce, a big money player in politics, wants amnesty; it wants an already saturated employment market flooded with millions of new legal entrants to keep downward pressure on wages.

It’s a myth that big business and Wall Street are “Republican” or “conservative.” They love big government when it subsidizes them or props up their stock price. And they love regulations when they make it nearly impossible for new competitors to emerge. Big business is perfectly happy both to use government as a weapon against competitors and to cry “free markets” when that weapon is aimed at them.

Trump doesn’t need them or their money, so he doesn’t have to soft pedal his talk about illegal aliens to appease them. Every Democrat in the field – and most of the Republicans – willingly cede our national sovereignty to corporate interests, Trump calls a spade a spade. That makes him dangerous. It also makes him wildly popular.

What the GOP establishment doesn’t understand, and never has understood, is its lip service, half-measures and phony compassion are not popular. We see through it. They can cite all the convoluted polls in the world claiming to show support for amnesty should certain hurdles be met, but everyone knows those hurdles will be ignored should they become law. In other words, a weak majority of the American people support a concept they know is not realistic. That’s like supporting a ban on unicorn meat sales.

As I’ve said before, Trump isn’t my candidate – I don’t have one yet. But the reason for his current popularity is obvious to anyone who isn’t surrounded by lackeys or those with a vendetta against him: He’s unapologetically himself.

Think what you will of Trump, but if you’re going to hit him be prepared to get hit back, and hard. If you’re going to ask him a question, expect to get an answer unlike one you get from a politician. And people feel like he’s telling them the truth, not regurgitating poll-tested, focus-group-approved pabulum.

The establishment is starting its usual “which candidate is electable” dance marathon, but in the last two presidential elections, that marathon has produced John McCain and Mitt Romney. How’d that work out again?

Part of that dance is telling us who can’t win. In 1980, the establishment was certain Ronald Reagan couldn’t win. He was too conservative, too radical, too old, too much of a wild card.

To be clear, Trump isn’t Reagan. But he is Reaganesque in the sense that people believe he’s telling them what he really thinks with a real passion, and he doesn’t bow to pressure to temper it or tell them something else. During an interview with CNN this week, he didn’t tolerate the usual liberal media garbage; he called it out and batted it away.

If one or more of the other candidates don’t find that voice, that honest way of speaking to people like they speak to each other, Trump could be the nominee. Or Hillary Clinton could be president.

If primary voters ignore their guts and their beliefs for the safe candidate “who can win” again, we will lose – again.

Donald Trump, for all his flaws (and there are many), is providing a roadmap to victory, both on issues and, more importantly, in tone, to anyone willing to step out from behind their protective circle of paid advisors and dare to be bold. Will anyone do that? We will have to wait to see.