In Defense of Donald Trump 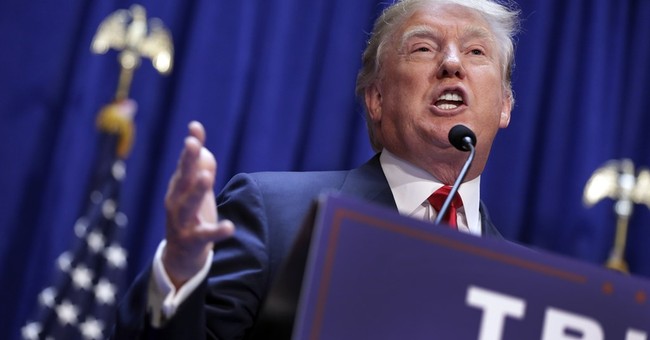 Unlike many of my fellow conservatives, I haven’t completely negated his chances of winning already. Many have written him off as a clown show in the race only for publicity, or a non-serious person working some angle for his own benefit. He may well be, but unless and until he shows that, I’m willing to give him the benefit of the doubt.

That’s not to say I support him, I’m just resisting the urge to dismiss him until he deserves to be dismissed. That may be tomorrow. Or it may never happen. The same is true for all of the declared candidates at this point.

None have offered specifics of their vision for the country, only a 30,000-foot sketch and platitudes. Having interviewed and had private conversations with several of them, I’ve been impressed and depressed by their answers. But we’re a half-year away from the first vote being cast, so they have time to get up to speed and fill in the gaps, or they will lose (and deserve to).

Trump, on the other hand, has been dismissed by media and the Republican establishment for his “unartful” language. That, to me, is his most intriguing characteristic.

I’ve been a fan of his TV show, less so of his political history. Someone who donated to so many Democrats, and was a registered one until 2009, has a lot of explaining to do. And while I suspect it has to do with the cost of doing business, especially in New York, I’m going to keep my guard up.

But I’m not going to write him off.

The most appealing part of Trump to me is what has the media and the establishment in a tizzy – his blunt, bordering on crass, language.

When liberals wet themselves with outrage over Trump’s announcement comments on immigration, I shrugged. Nothing he said was wrong. They just didn’t like the way he said it, and they hated that he said it. The GOP establishment quickly fell in line, panicking over the comments. But note how they argued semantics, word choices (or omission), more than they did the substance.

Does the liberal media and Republican establishment really believe Latin America is experiencing an exodus of its best and brightest? Are the waves of illegal aliens flooding the southern border Ph.D.s with venture capital seed money walking into the United States to found their tech start-up? Or are they low- and no-skilled workers who are barely literate in their native tongue coming here to be hired by companies willing to break the law to avoid the added administrative, labor and tax cost of hiring Americans?

As for the “criminal” aspect of his statement, one need only conduct an Internet search to find the disturbing truth about that. You won’t read about it in the New York Times or Washington Post, and it won’t be covered on the nightly news. But finding cases of illegal immigrants committing violent crimes are far more common than anything that drives masses of unshowered activists into the streets.

So it really comes down to these people, the media leftists and GOP establishment, not liking what Trump says and how he says it. The left wants future voters dependent on government; the establishment wants the cheap labor, unburdened by payroll taxes or workman’s comp costs. The Chamber of Commerce, or as we called it when I worked in the U.S. Senate, the Chamber of Compromise, couldn’t have scripted it better itself.

Donald Trump is a lot of things, both good and bad, but one thing he is not is stupid. Yes, he was born into money, but he didn’t rest on it. He could’ve lived the life of a Hilton or Kardashian, but he chose not to. He built an empire. And you don’t build an empire without pissing off some people, especially in New York. So what?

We aren’t electing Miss Congeniality; we’re electing a president. Trump’s unapologetic embrace of success, and especially capitalism, is a much-needed trait in America today. The left has been demonizing success, in business anyway, for decades.

Republicans have fallen into this trap, expressing concern and offering plans to address “income inequality” rather than telling people to work their asses off if they want to get ahead, to take risks if they want rewards, and to deal with the consequences of their actions. Trump does that.

You don’t see him slouching around in cargo shorts and faded T-shirts trying to pretend he’ “just like you.” He’s not. He’s worth $9 billion and you aren’t and probably never will be. But you could be.

Trump is a loose cannon, and whether he has the discipline to learn the issues beyond the 30,000-foot level remains to be seen. But he has the skills to. It’s foolish to write him off already, and mostly done from a place of cowardice or discomfort with him being so blunt. For all their bluster, the GOP establishment has adopted the same position as NBC, Univision and Macy’s have. Well, GOP establishment, I don’t watch NBC anymore, never watched Univision and have no use for Macy’s…

I’m not sure where Donald Trump will end up in the field. He can stick around as long as he wants because he doesn’t need to beg for money to finance his campaign. But no matter how long he lasts, if he doesn’t win I do hope his attitude when it comes to dealing with the media and those who attack him rubs off on whoever eventually wins. If you thought the media was tough on Republican nominees in the past, you ain’t seen nothing like what the Clinton machine is ready and willing to do.