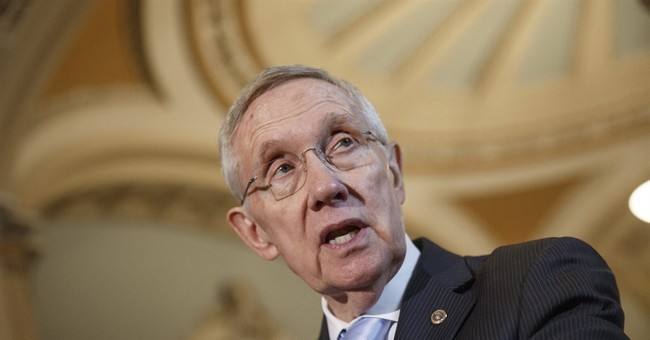 It’s one of life’s little ironies that the political party most often screaming about “democracy!” is also the party least likely to care what the majority of citizens actually vote for.

Tuesday’s election sent a clear message: We don’t like what the Democrats have been doing. What did Democrats hear? Well, one senior Democratic aide told Politico, “As a party, we need to change. [Voters] like our policies. All this leftie [talk], the country likes, but somehow the message about us as individual members of the conference isn’t breaking through.”

Yes, people love the policies of the past six years. They just have a weird way of showing it. Rather than re-elect the people whose policies they love so those policies can continue, voters treated Democrats like they’re Ray Rice and Democrats are the wife who doesn’t know when to give it a rest.

It’s not that voters loved the policies but somehow bewilderingly elected the people who oppose them. Voters are sick of failure. They don’t like what’s going on, and they voted against the people responsible. But that won’t work well in fundraising emails, so the narrative has to be changed.

President Obama set this tone when he said he not only heard the voters, but he heard the two-thirds of voters who didn’t vote. That rhetorical twist was a signal that the results, as embarrassing as they were for him and his party, weren’t going to pierce the bubble he’s constructed around himself. It’s “Damn the torpedoes, full speed ahead” without the nobility of the cause behind it.

Democrats know they were rejected by voters, and they were especially rejected by many of the voters who stayed home too. Lots of Democrats stayed home because they didn’t want to support their party’s nominee, but couldn’t bring themselves to vote for the Republican. The same thing happened in 2012, but Mitt Romney didn’t claim there was some sort of secret majority who really would’ve voted for him if only they’d had time, then start moving into the White House.

Not voting is as much of a choice as voting is. “Hearing” them is irrelevant. They didn’t say anything; they just flipped the metaphorical bird to whoever they would’ve voted for had they been forced to.

But people aren’t forced to vote. Some stay away because they either don’t care or don’t think their vote will make a difference. But not many stay away because they like how things are going and don’t want them to change. Those people vote for the people they consider responsible for that change or most likely to maintain it.

Mostly, people stay away because they don’t like their party at the moment and can’t bring themselves to vote for the other one. (Or they’re idiots who aren’t aware there’s an election, which means they would tend to vote for Democrats too, so I’m glad they didn’t vote.)

But the president heard them, and congressional Democrats know they’re on their side, so damn the voters, full speed ahead!

It’s going to be a frustrating next two years. But if Republicans are smart, they can advance the cause of liberty.

Out of power, Democrats are notoriously childish. Temper tantrums will be thrown, both on the floor of the House and Senate and on cable news. Normally, with the exception of talk radio, they’ve been mostly ignored. But the Internet and Fox News now reach tens of millions of people.

The media industrial complex and its Democratic Party allies won’t publicize them, but they matter less and less every day. The words of progressive Democrats will be the anchor that dooms them.

In 2012, Democrats won while simultaneously calling every American some sort of “ist” or “phobe” at least once. Most people didn’t know about it. But the growing influence of Twitter, and the increased importance of Facebook makes under-the-radar smears virtually impossible now.

How many people were aware of Sen. Tom Harkin’s crack about Sen.-elect Joni Ernst’s looks because of social media? How many female votes did that cost Democrats in Iowa? The mainstream media reported it and moved on, but people kept seeing it and sharing it on Facebook and Twitter. A one-day story in the media became a steady stream where people now live – online.

When First Lady Michelle Obama went on Roland Martin’s radio show and told a black audience not to worry about what candidates have done or said, just vote for Democrats, and then they could reward themselves with fried chicken, the Internet made that a story.

The rules have changed. The president doesn’t care what the voters want, and neither do the Democrats. But it’s getting harder and harder for the voters to remain ignorant of that fact. Ignorance now has to be actively sought, and some will seek it, but many more won’t be able to bask in its blissful glow. That could be the Democrats’ Achilles heel.