By Documenting So Much Of Your Life, You’re Missing Your Life 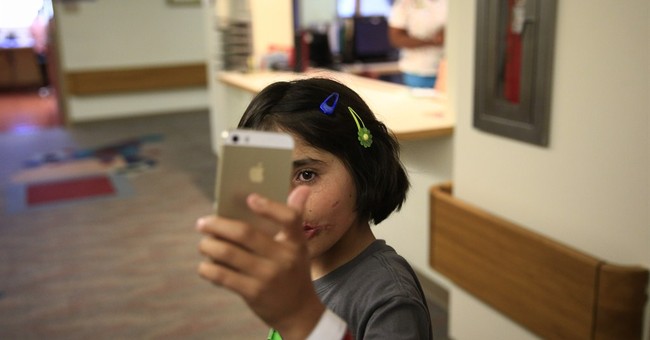 It’s not often I get to cite Peter Frampton. Hell, it’s not often anyone gets to cite Peter Frampton anymore. His massive album “Frampton Comes Alive” was before my time, yet my ears are intimately familiar with the songs on it. “Baby, I Love Your Way” was a staple of junior high dances and couples skates, until such things were replaced by dry humping. So it’s nothing personal when I write that I don’t get much occasion to write about Frampton, he’s just mostly before my time.

But that doesn’t mean there aren’t still things we can learn from the master of the TalkBox.

At a concert in Indiana this year, Frampton grabbed a fan’s smartphone and threw it because the fan wouldn’t stop filming the show. You might think that’s rude or diva-esque, but Frampton has a point.

In the era of Facebook, Twitter, Instagram, etc., etc., etc., there’s barely a moment people aren’t documenting in some form or another. How many friends do you know who post pictures of their every meal? Or every outfit their kid wears? Every concert they attend?

We, as a society, have become so obsessed with documenting and sharing our lives that we’re running risk of missing the living of them part.

I wouldn’t have thought about this topic again had I not had the "Today Show" on in the background Labor Day morning. They had Maroon 5 performing a concert, and I looked up and saw the crowd in front of the stage. Well, I didn’t see the crowd, I saw a sea of smartphones and iPads filming the show. Hundreds of people staring at a small screen to make sure they were framing it properly, meanwhile they’re missing the actual show they’re hoping to capture for eterntity.

I don’t know how many of those videos made it to some social network somewhere, but I do know this: their quality is undoubtedly awful.

Your phone or iPad takes perfectly fine video if you’re in a quiet place, no wind, and you aren’t moving very much. What they don’t do is take anything watchable or listenable in a crowd where people are bopping around and screaming. But that didn’t stop these people from missing a show they were clearly excited about seeing because they were so focused on capturing it.

I’ve seen this many times recently. I went and saw Paul McCartney last year in DC. It was an amazing show. It also filled up the memory of many attendee’s phones because they spent large chunks of it taking video of the bright blurry stage from which noise was blasting. I guarantee none of those videos are watchable, none of the sound is listenable, but they couldn’t stop themselves.

Perhaps the lure of rubbing the noses of their friends and followers who weren’t there in the fact that they were was too great, or maybe they just weren’t smart enough to notice they were missing what they were filming. Whatever the case, they missed it.

Frampton asked, “It's like, why can't you just come to the concert and just live and enjoy the moment?” Good question.

Is it that we’ve become so narcissistic as a society that “if I don’t tweet it, it didn’t happen”? Is this who we’ve always been and are only now enabled to manifest our narcissism because of social media? Have we always been a nation of Kardashians simply waiting for the Kardashians themselves to set us free?

I don’t know why it is, I just know that it is.

Whatever it is, if you’re doing it, you’re missing your life.

I’d bet dollars to donuts that 99 percent of those people who hold their devices over their heads to capture every moment of an event never watch that video, or watch 20 seconds of it, realize it’s awful and delete it. The moment no longer lives on their phone, and it never fully lived in their head.

There’s a simple solution – pay attention to events as they’re happening. If it’s a concert or large event, there is a high quality video of it online already. The day after that McCartney concert I found a website that had live performances, in HD with sound through the soundboard, of every song he did that night, in order. Did it matter that they weren’t THE performances I saw? Of course not. But I saw those performances, and those other clips take me right back to that moment.

It’s time to put down the phones and tablets; it’s time to experience life again. You don’t need shaky, Blair Witch quality video with audio of the people around you butchering your favorite song – live it and remember it.

THEN brag about it on social media to make everyone jealous.