Dennis Prager
|
Posted: Mar 27, 2018 12:01 AM
Share   Tweet
The opinions expressed by columnists are their own and do not necessarily represent the views of Townhall.com. 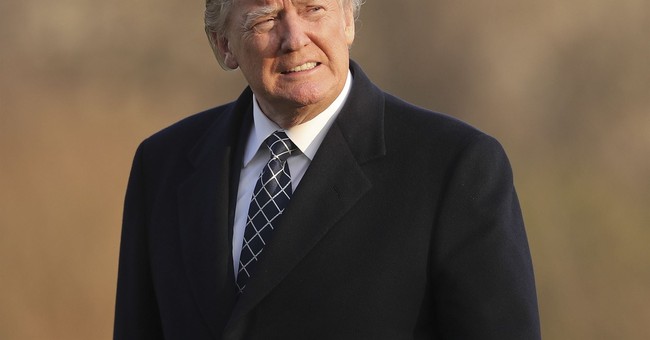 Some years ago, I wrote a column about adultery and politicians. In light of the Stormy Daniels and Karen McDougal interviews concerning their alleged (and probable) affairs with President Donald Trump, it is time to revisit the subject.

I do not agree with those -- right or left, religious or secular -- who contend that adultery invalidates a political or social leader. It may invalidate a pastor, priest or rabbi -- because a major part of their vocation is to be a moral/religious model, and because clergy do not make war, sign national budgets, appoint judges, run foreign policy or serve as commanders in chief. In other words, unlike your clergyman or clergywoman, almost everything a president does as president affects hundreds of millions of Americans and billions of non-Americans. If a president is also a moral model, that is a wonderful bonus. But that is not part of a president's job description.

But even anti-Trump conservatives still assert character matters a great deal in a president and other political leaders.

There are two problems with that argument.

The most obvious is that adultery is frequently an inaccurate measure of a person's character. Indeed, many otherwise great men have been unfaithful to their spouse. And while it is always a sin -- the Sixth Commandment doesn't come with an asterisk -- there are gradations of sin.

Let me give an example of when adultery would be a lower-grade sin: when it is committed by men or women who have taken care of their Alzheimer's-afflicted spouse for many years and the afflicted spouse no longer even recognizes them. Of course, the healthy spouse could find love with someone else without committing adultery -- by divorcing their demented spouse. But few people would be so heartless as to recommend that avenue. At the other end of the sin spectrum would be flaunting one's adultery, thereby publicly humiliating one's spouse.

The second problem with the adultery-matters-in-a-political-leader argument is that the policies of a political leader matter much more --morally-- than that individual's sexual sins, or even character. It is truly foolish to argue otherwise. Would we rather have as president a person with racist views who otherwise had an exemplary personal character or a believer in racial equality who committed adultery?

I have considerably more moral contempt for the media's and the left's obsession with Stormy Daniels than I do for Donald Trump for his alleged night of sinful sex with her. That "60 Minutes" correspondent Anderson Cooper and many in our country found it acceptable to ask a woman, "Did he use a condom?" on national TV is a far graver reflection of America's moral malaise than a man having a one-night affair 12 years ago.

It should be clear that this whole preoccupation with Trump's past sex life has nothing to do with morality and everything to do with humiliating Trump -- and, thereby, hopefully weakening the Trump presidency -- the raison d'etre of the media since he was elected. Here's one proof: The media rightly celebrate, as we all do, Rev. Martin Luther King Jr. as one of the moral greats of the 20th century despite reports of his having committed adultery on numerous occasions.

Likewise, the media and the left idolized Sen. Ted Kennedy, regularly referring to him as the "Lion of the Senate." Yet Kennedy was notorious for his lechery -- far more so than Trump. Typical Ted Kennedy behavior, as described in New York Magazine, was when he and then-fellow Democratic Sen. Chris Dodd "participated in the famous 'waitress sandwich' at La Brasserie in 1985, while their dates were in the bathroom."

John F. Kennedy remains the most revered of Democratic presidents in the modern era. Yet we now know he routinely had affairs in the White House in his wife's absence and had the Secret Service provide him advance notice of her return.

So, dear anti-Trump conservatives, please tone down the moral horror at Donald Trump's character, and the suggestions that it overshadows the good he has done and continues to do for America and the world.

The fact is it is none of my business and none of my concern whether a politician ever had an extramarital affair. To cite just one of many examples, a president's attitude toward the genocide-advocating Islamic tyrants in Tehran is incomparably more morally significant. That is just one of many reasons -- on moral grounds alone -- I far prefer the current president to the faithful-to-his-wife previous president.