Differences Between Left and Right, Part II: Battling Society vs. Battling Yourself 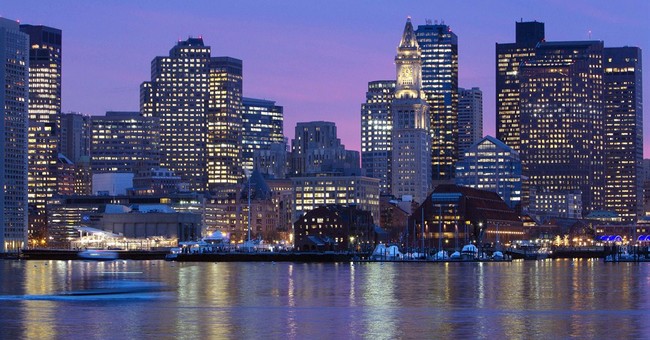 Trending
The difference between Right and Left addressed in this column concerns a fundamentally different method that each utilizes in order to improve society.

Conservatives believe that the way to a better world is almost always through moral improvement of the individual -- by each person doing battle with his own moral defects. It is true that in particularly violent and evil societies such as fascist, communist and Islamist tyrannies the individual must be preoccupied with battling outside forces. Almost everywhere else, however, and certainly in a free and decent country such as America, the greatest battle of the individual must be with inner forces -- that is, with his or her flawed character and moral defects. (See Left-Right Difference Part 1 concerning their differing perceptions of human nature.)

The Left, on the other hand, believes that the way to a better world is almost always through doing battle with society's moral defects (real and/or as perceived by the Left). Thus, in America, the Left defines the good person as the one who fights the sexism, racism, intolerance, xenophobia, homophobia, Islamophobia and other evils that the Left believes permeate American society.

That is one reason those on the left are more preoccupied with politics than those on the right. A simple example should make this point clear. Whenever the term "activist" or "social activist" or "organizer" is used, one infers that the term refers to someone on the Left.

One consequence of this difference is that conservatives believe that good is achieved far more gradually than liberals do. The process of making a better world is largely a one-by-one-by-one effort. And it must be redone in every single generation. The noblest generation ever born still has to teach its children how to battle their natures. If it doesn't, even the best society will begin to rapidly devolve, which is exactly what conservatives believe has been happening to America since the end of World War II.

The Left does not focus on individual character development. Rather, it has always and everywhere focused on social revolution. The most revealing statement of then-presidential candidate Barack Obama, the most committed leftist ever elected president of the United States, was made just days before the 2008 election: "We are five days away from fundamentally transforming the United States of America," he told a large rapturous audience.

The Founders all understood that the transformation that every generation must work on is the moral transformation of each citizen. Thus, character development was at the core of both childrearing and of young people's education at school.

As John Adams said: "Our Constitution was made only for a moral and religious people. It is wholly inadequate to the government of any other."

And in the words of Benjamin Franklin: "Only a virtuous people are capable of freedom."

Why is that? Because freedom requires self-control. Otherwise, external controls -- which means an ever more powerful government -- would have to be imposed.

The more that Leftist ideas influence society the less character education there is. Instead, children are taught to focus on social issues. For example, The Wall Street Journal just reported that Common Core, the federal standards program for elementary and high schools, has unveiled a new K-12 science curriculum, the "Next Generation of Science Standards," which will indoctrinate young Americans concerning global warming from kindergarten on.

And when they get to college, American young people will be taught about the need to fight such things as "white privilege" and the "rape culture" on their campuses.

At the same time, as a professor of philosophy wrote in The New York Times, fewer and fewer young Americans believe there are any moral truths.

Meanwhile, at home, fathers and religion, historically the two primary conveyors of moral truths and moral self-discipline, are often nonexistent.

As a result of all this, we are producing -- indeed, we have produced since World War II -- vast numbers of Americans who are passionate about carbon emissions and fighting sexism and "white privilege" who are also cheating on tests at unprecedentedly high levels.

But the age-old wisdom embraced by conservatives remains as true as ever: Before you fix society, you must first fix yourself.