Where Do Jews and Christians on the Left Get Their Values? 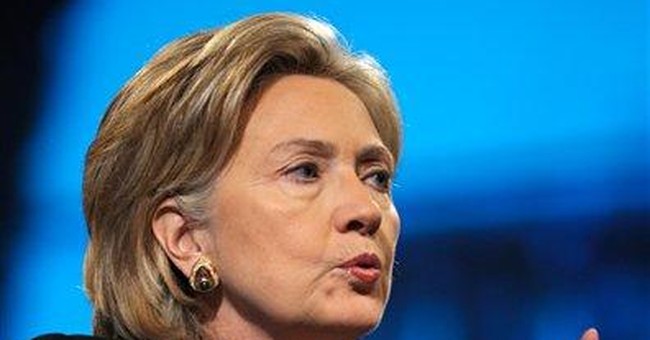 Many Americans find it difficult to understand why Jews on the Left -- including many who would call themselves "liberal" rather than "Left" -- continued to enthusiastically support President Obama after the revelations about the anti-Israel and anti-Jewish views of the Rev. Jeremiah Wright, the religious mentor and close friend of Obama. This confusion is all the greater now that Obama has humiliated the prime minister of Israel and created the most tense moment in American-Israeli relations in memory.

Likewise, many Americans wonder how Democratic congressmen who claim to be faithful Catholics and are pro-life could vote for the health care bill that allows for federal funding of abortions -- after opposing it up to the last day.

There is an explanation.

Leftism, though secular, must be understood as a religion (which is why I have begun capitalizing it). The Leftist value system's hold on its adherents is as strong as the hold Christianity, Judaism and Islam have on their adherents. Nancy Pelosi's belief in expanding the government's role in American life, and therefore her passion for the health care bill, is as strong as a pro-life Christian's belief in the sanctity of the life of the unborn.

Given the religious nature and the emotional power of Leftist values, Jews and Christians on the Left often derive their values from the Left more than from their religion.

Now, of course, most Leftist Jews and Christians will counter that Leftist values cannot trump their religion's values because Leftist values are identical to their religion's values. But this argument only reinforces my argument that Leftism has conquered the Christianity and the Judaism of Leftist Christians and Jews. If there is no difference between Leftist moral values and those of Judaism or Christianity, then Christianity is little more than Leftism with "Jesus" rhetoric added, and Judaism is Leftism with Jewish terms -- such as "Tikkun Olam" ("repairing the world") and "Prophetic values" -- added.

But if Christianity is, morally speaking, really Leftism, why didn't Catholics or Protestants assert these values prior to 19th-century European Leftism? And, if Judaism is essentially a set of Left-wing values, does that mean that the Torah and the Talmud are Leftist documents? Or are the two pillars of Judaism generally wrong?

Why are almost no Christians and Jews who believe that God is the author of the Bible (or, in the case of Jews, the Torah) on the Left?

Why are so few pro-life Catholic and Protestant Christians on the Left? Do they not care about "the poor"?

Of course, that is what people on the Left believe. As former head of the Democratic Party Howard Dean said, "Our moral values, in contradistinction to the Republicans, is, we don't think kids ought to go to bed hungry at night."

The obvious response is that for the Leftist, all opposition to the Left, secular or religious, is primitive and usually worse (Racist, Sexist, Homophobic, Xenophobic, Ignorant, Bigoted, Intolerant, Mean-Spirited, etc.). So this doesn't tell us much. What might tell us much is this: With a handful of exceptions, Orthodox Jews know Judaism far better than non-Orthodox Jews do. Given how few of them are Leftist, this would suggest that Judaism and Leftism are indeed in conflict.

But that doesn't matter to most Jews on the Left because to be a good person (and, to those for whom it matters, to be a good Jew), one need not know Judaism, let alone follow Judaism. One needs only to feel what is right (Leftism is overwhelmingly based on feeling); and, when in doubt, one can determine what is right from The New York Times, not from sacred Jewish texts.

One of the many fundamental differences between Leftism and Judaism concerns evil. Jews and others on the Left (everywhere, not just in America) have a real problem identifying, let alone confronting, evil. Yet, for Judaism, identifying and confronting evil is as basic a Jewish value as exists. That is why, for example, there is no pacifist tradition in Judaism.

Regarding evil, the Psalmist writes -- and this is recited in synagogue every Sabbath -- "Those who love God -- hate evil." And as regards pacifism, one of the Prophets, Joel (3:10), inverts what became the much more famous quotation of Isaiah and Micah: "Beat your plowshares into swords and your pruning hooks into spears." And later, the Talmud, almost equivalent in importance to the Bible, teaches (Berakhot 58a): "The Torah has said: If a man comes to kill you, rise early and kill him first."

In contrast, Leftists, including Leftist Jews and Christians:

-- were the loudest in condemning President Ronald Reagan when he labeled the Soviet Union an "evil empire."

-- devoted much of their lives to opposing the war in Vietnam, which they labeled immoral even though it was a war against Stalinist tyranny.

-- opposed deposing the mass murderer Saddam Hussein. Many even opposed the Gulf War.

-- believe that the moral wasteland known as the United Nations is, or must be the greatest force for good on earth, not the United States.

-- oppose allowing the American military to recruit on campuses.

And the further Left one goes, the more one demonizes free Israel and supports the dictatorships that wish to destroy Israel.

Indeed, Israel provides the clearest proof of how Leftism is stronger than the Jewishness of most Jews on the Left. Israel is threatened with a Holocaust by Iran and tens of millions of Islamic supporters outside of Iran, and Palestinian society is saturated with the most virulent Jew-hatred since the Nazis. Yet while today's Jew- and Israel-haters call the Left home, Jews on the Left continue to be proud members of the Left. Such is the power of Leftism, the most dynamic religion in the world for the last 150 years.

And that explains Bart Stupak's vote, too. In his inner conflict between Catholicism and Leftism, the more dynamic religion won.