A Different Kind of Journalism

Debra J. Saunders
|
Posted: Jan 01, 2017 12:01 AM
Share   Tweet
The opinions expressed by columnists are their own and do not necessarily represent the views of Townhall.com. 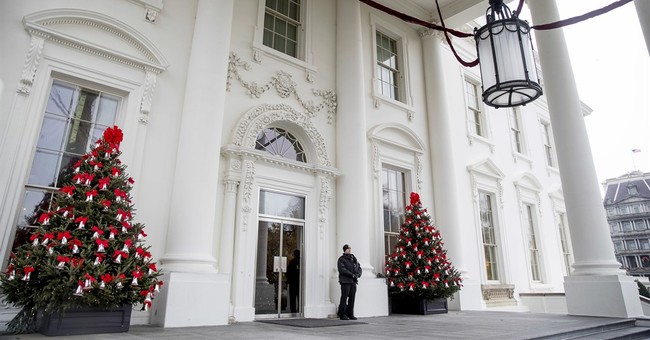 A few who stay in journalism rise in the ranks to write columns or editorials, where they are free to express the opinions they like to believe they had kept to themselves.

I am gunning that course in reverse. After 30 years of writing an opinion column, I am heading to Washington to serve as the Las Vegas Review-Journal's White House correspondent. While I also will write a weekly analytical column, I am shedding the role of (usually conservative) ideological warrior and assuming the role of storyteller.

To tell you the truth, after three decades, I am more than open to letting others pontificate.

And what better time? I got the 2016 election spectacularly wrong. I thought Donald J. Trump could not win the GOP primary -- and if he did, it would be so that he could lose to Hillary Clinton in November. (Hey, at least I got the Democratic primary right.) I listened to the polls and the polls were wrong. But as a veteran pollster once said, "It's better to be wrong with everyone." No pollster wants to be wrong alone.

Pollsters have to answer for themselves. Journalists got into the herding-business big leagues in 2016.

They acted as enforcers of polls that just happened to confirm the profession's left-leaning bias. Too often the traveling press corps operated as if in a bubble. Reporters decided they knew which stories were important -- usually revolving around something Trump tweeted -- and so they missed voters' focus on jobs and the economy.

Journalists should be asking themselves just when they decided it was their job, not to report what happened or is happening, but to predict, as fortune tellers do, the future. Newspapers tell readers what the president will say in the State of the Union before he opens his mouth. Preview stories provide a service -- they give the public a chance to chime in before the cruise ship leaves port -- but when news becomes all prognostication all the time, a tone of over-certainty takes hold.

Can a conservative be an objective journalist? I'll cede to the wisdom of a savvy reporter who once told me that her goal is not to so much to be unbiased, as it is to be fair. It is not fair -- indeed it is a disservice to news consumers -- to hire legions of like-minded reporters and see no bias whatsoever. My goal will be to provide balance, to look for stories that resonate with R-J readers, not other journalists.

The R-J hired me with that in mind. My directive: Write about the White House from a perspective that's different from the standard fare that populates east coast newspapers. Feel free to stray from the pack.

How could I say no to this opportunity at this point in time? Trump's victory was liberating. It showed that expert opinion is just that -- opinion. Sometimes reality has different plans.

What kind of president will Donald Trump be? I don't know. I'll let others speculate. Let us find out together. I'll have an inside seat in Washington, and I'll let you know what I see.