Debra J. Saunders
|
Posted: Aug 09, 2016 12:01 AM
Share   Tweet
The opinions expressed by columnists are their own and do not necessarily represent the views of Townhall.com. 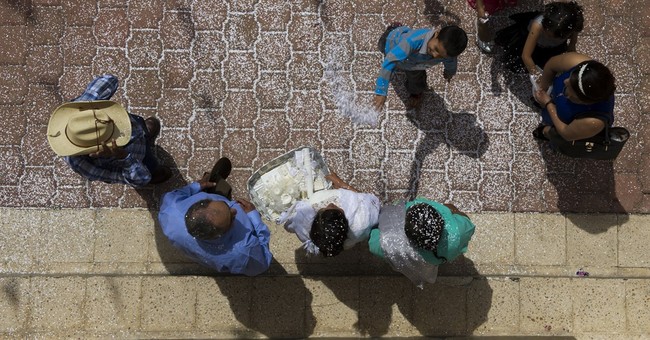 Trending
Monday's front-page New York Times story "Scholarship or Business? Think Tanks Blur the Line" reports that while think tanks in general "are seen as researchers independent of moneyed interests," some think tank biggies chase money from corporate donors. "And they are doing so while reaping the benefits of their tax-exempt status, sometimes without disclosing their connections to corporate interests."

The story starts with the liberal Brookings Institution, of all places, which talked up the $8 billion San Francisco Shipyard project while receiving some $400,000 from its developer, the Lennar Corp. The story asks: Is there a conflict of interest? That's one interpretation. Another is that a big developer in liberal cities gave money to a liberal think tank that supports urban development because they have a shared interest. Pro tip: Like people, corporations tend to give to nonprofits that share their philosophy.

Next angle: not enough transparency. But rather than hide its ties with Lennar, Brookings named Lennar exec Kofi Bonner a senior fellow. But that was not sufficient. "When think tank scholars testify before Congress or speak at other events," the Times warns, "the public is often not aware of the financial relationships between these scholars and for-profit companies that hire them." On an accompanying video, Sen. Elizabeth Warren, D-Mass., explains that corporations have to register to lobby, but they don't have to register to contribute to a think tank. Under "the glossy name of independence," Warren warns, think tanks can engage in "thinly disguised lobbying." Gullible politicians could be misled by slanted scholarly testimony -- and that's "what makes it so dangerous."

Dangerous? Like speeding on ice? Apparently, Warren believes that politicians presume think tank and university research is independent and hence reliable, that there should be loud warnings to discredit those with wrong positions. When Brookings economist Robert Litan testified against a financial disclosure rule supported by Warren, he cited his own study, which disclosed it was supported by a large mutual fund asset manager. Warren nonetheless wrote to Brookings to complain that Litan's disclosure was "broad -- but vague." Litan then resigned from Brookings.

Attorney Cleta Mitchell, who represents conservative groups, has seen this dance before. The fact is, she told me, universities and think tanks often have to shop their ideas to bankroll their studies. Money funds both sides, but the more the left wins with disclosure rules, the easier it becomes to "bully" dissent.

In her new book, "The Intimidation Game: How the Left is Silencing Free Speech," Kimberley Strassel writes how politicians such as Warren have flipped the concept of disclosure on its head: "The American people know almost nothing about the working of government. Instead, disclosure is trained on the electorate, allowing the government to know everything about the political activities of Americans." It may start with the liberal Brookings, but we know where it ends.

Note: My husband, Wesley J. Smith, is a senior fellow with the Discovery Institute.