Sanders Says He Wants a Revolution

Debra J. Saunders
|
Posted: Jan 19, 2016 12:01 AM
Share   Tweet
The opinions expressed by columnists are their own and do not necessarily represent the views of Townhall.com. 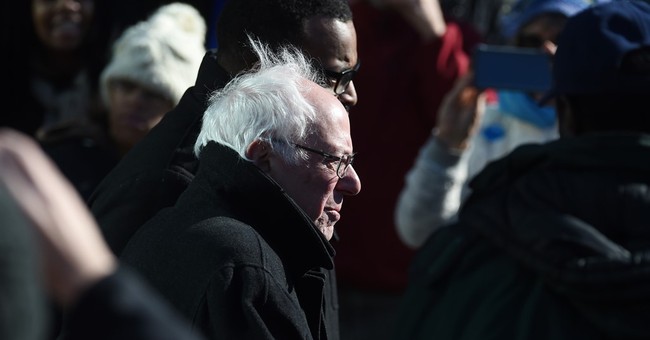 Jeb Bush must be watching the Democratic primary with unadulterated envy. The Democratic debates have been comparatively civil -- and conveniently scheduled to reduce viewership and impact. Bush has to contend with Donald Trump -- and Sens. Ted Cruz of Texas and Marco Rubio of Florida. The establishment Democrat, Hillary Clinton, has only one serious challenger, Sen. Bernie Sanders of Vermont. She doesn't have to calculate which rival -- or rivals -- to attack. In a small field, the more seasoned candidate has the advantage.

And even though Clinton showed a more realistic understanding of what is doable in Washington during Sunday's NBC Democratic debate, the former first lady and former secretary of state is fighting for to prevail in Iowa and New Hampshire.

Sanders is not Trump, but he is as angry as The Donald. The Vermonter's first scalp would be a "corrupt campaign finance system." -- Supreme Court rulings, you see, are sacrosanct only when they uphold Obamacare.

Sanders wants to get rid of private health insurance. During the debate, Clinton deftly reminded him that "even when the Democrats were in charge of Congress, we couldn't get the votes" for a public option. Moderator Andrea Mitchell reminded Sanders that his own state recently abandoned its plan for single-payer health care because it threatened to bust the state budget. Sanders blamed Vermont's Democratic governor for not getting it done. Like Trump, Sanders boasts he can do what mere politicians cannot.

On the issue of guns, Sanders had inhabited the center. In 2005, he supported legislation that limited legal liability for gun manufacturers. He explained to CNN's Jake Tapper, "If somebody has a gun and it falls into the hands of a murderer and the murderer kills somebody with a gun, do you hold the gun manufacturer responsible? Not any more than you would hold a hammer company responsible if somebody beats somebody over the head with a hammer." After Clinton hammered Sanders on the issue, however, he announced his support for a measure to make it easier to sue gun-makers.

Political pundits talk about how the GOP has moved to the far right. Sunday's debate showed a Democratic party that has moved to the far left. Sanders wants to eliminate tuition at public universities. (Clinton countered with a pledge of "debt-free tuition" at public colleges.) All that free health care and higher education is going to cost a fortune. No worries. Sanders wants to deliver a "political revolution."

Sanders has tapped into the left's anger at Wall Street. Clinton cannot separate herself from the big banks. "You've received over $600,000 in speaking fees from Goldman Sachs in one year," Sanders scolded Clinton. Sanders' angry rants would hurt him in an average election cycle. But in 2016, anger is in vogue.