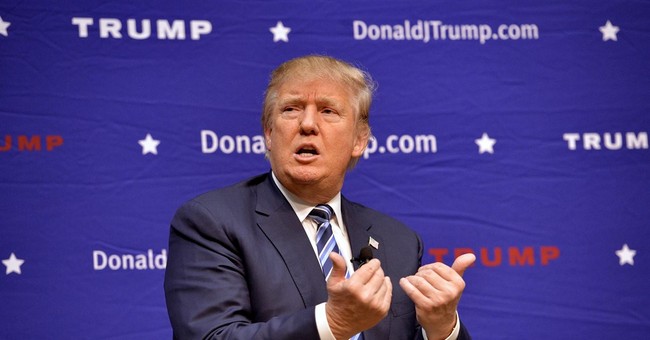 Trending
Donald Trump is like a contagion who infects everyone around him. Once you've kissed, you can never wipe his saliva off your face. Consider the venerable (in its own view) NBC. This year, the network fired Trump, only to find it is Trump Lite.

On June 16, when Trump was announcing his candidacy for the White House, the billionaire reality-TV star faulted Mexico for sending problem people to the United States. Quoth Trump: "They're bringing drugs. They're bringing crime. They're rapists." Those comments were stupid and racist -- and they should have caused Trump to tank in the polls and ended his vanity campaign.

Instead, they cost Trump some must-miss NBC TV -- the Miss USA and Miss Universe pageants. Also, he wouldn't appear on future episodes of "Celebrity Apprentice." "At NBC, respect and dignity for all people are cornerstones of our values," a statement explained. "Due to the recent derogatory statements by Donald Trump regarding immigrants, NBCUniversal is ending its business relationship with Mr. Trump."

Trump responded that NBC was "weak" and trying to be "politically correct."

That was before Trump's participation prompted record numbers of viewers to tune in to the GOP presidential debates. Then a funny thing happened to "respect and dignity" at 30 Rock; they did not apply to "Saturday Night Live," on which Trump was invited to serve as a guest host.

Of course, the Congressional Hispanic Caucus protested. The Democratic group (there are no Republican members) called on "SNL" executive producer Lorne Michaels "to disinvite Mr. Trump from hosting Saturday Night Live because racism is not funny." Values, its statement added, "are more important than ratings and ad revenues."

After the Trump episode aired on Nov. 7, NBC met with six members of the caucus and their aides. A Politico story on the meeting is the impetus for this column. It seems that NBC News President Deborah Turness intended to use the meeting to tout NBC's advances in newsroom diversity. Instead, she angered the group when she praised NBC's coverage of Pope Francis talking to a young girl who was afraid her parents would be deported because they are "illegals."

"I'm going to stop you right there," Rep. Juan Vargas, D-Calif., reportedly responded. "We use the term undocumented immigrants." Turness apologized, Politico reported. She pushed her foot further into her mouth when she said: "We love the Hispanic community. ... Yo hablo espanol." There's a term for that misstep. It is called Hispandering.

On the one hand, I think a caucus member had a solid point in arguing that NBC probably would not have allowed Trump on "SNL" if he had uttered similar slurs about African-Americans or Jews.

On the other hand, the caucus is being too precious taking umbrage at the word "illegals." Newspaper conventions limit the term's usage, but "illegal" is a short step from "undocumented." It's not "rapist." When GOP strategist Hector Barajas read the Politico story, he said that the first thing that popped into his mind was Ivy League students pushing their weight around with speech codes and superficial demands. It's as if those kids have "graduated and become legislators."

Because NBC brass did not pander gracefully, legislators bullied NBC, which had leaned on Trump, who trashed NBC but still came back for the curtain call. They are all infected. They preen about their principles, but it's all preening.