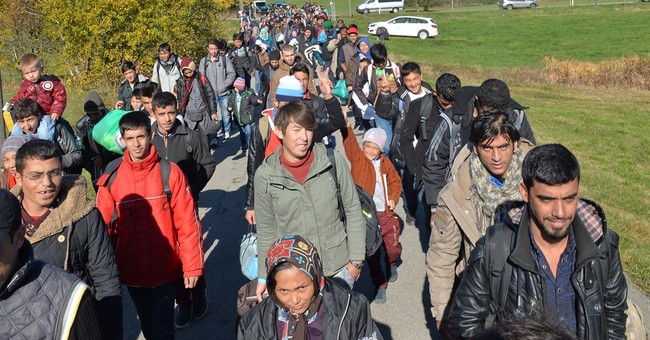 President Barack Obama wants the United States to take in 10,000 Syrian refugees next year -- but in the wake of last week's Paris attacks and reports that one of the terrorists may have had a valid Syrian passport with a stamp from Greece, more than half the governors in this country, a mostly Republican group, are opposed. They fear that a jihadi will embed with fleeing refugees. Texas Gov. Greg Abbott tweeted, "Security comes first."

The governors' protests are wrongheaded -- and not just because they lack the legal authority and manpower to stop refugees from crossing over their state lines. If the Islamic State group wants to orchestrate a terrorist attack on the homeland, it most likely would bypass the two-year refugee application process and instead smuggle its suicide killers over the porous American border or send in radicalized recruits posing as tourists with their European passports like the five dead Paris attackers who have been identified. Or the Islamic State could concentrate on subverting young men living in the United States; think of foiled New York subway suicide bomber Najibullah Zazi or the murderous Boston Marathon bombers.

When you consider that more than 4 million Syrians have fled their homeland, to have just 10,000 refugees is a bargain. (Yes, I know; if only 1 percent of them are terrorist moles, America is less safe. I still think the Islamic State can find faster ways to send its thugs here.)

The European Union has absorbed a tidal wave of Syrian and Iraqi refugees, as well as migrants from Afghanistan and Africa who see the Syrian crisis as an opportunity to ride into a welcoming welfare state before those nations reach the tipping point and start closing their gates. According to The Economist, Germany expects to absorb 1.5 million asylum seekers by the end of the year. Even while reeling from last week's attacks, French President Francois Hollande renewed his country's pledge to accept 30,000 refugees by the end of next year.

Hollande must know there will be negative consequences for France's generosity. Muslim immigrant families have not assimilated well. The French banlieues -- suburban communities where unemployment for youth can reach as high as 40 percent -- and Belgium's Molenbeek neighborhood have become breeding grounds for crime and havens for radical Islam.

In the United States, Muslim immigrants stand a much greater chance of finding jobs and becoming part of the social fabric.

Even still, I take issue with Obama's quickness to mock those who suggest that the United States welcome only Christian refugees from Syria. "It's not who we are," quoth Obama. "We don't have religious tests to our compassion." Apparently, the president hasn't noticed that the Islamic State targets Christians, beheads Christians and rapes Christians. As a persecuted group, Christians should be a priority.

On the other end of the spectrum, presidential hopeful Sen. Ted Cruz, R-Texas, has pledged to introduce a bill to ban Muslim Syrian refugees from entering the country. I don't think such legislation would serve, as Obama argues, as a recruitment tool for the Islamic State. But I don't want any part of it.

NYT Drives a Stake Thru the Heart of Its Own Claim of What Trump Paid in Taxes, Lets Other Disturbing Info Slip Out
Redstate
Dems: Yeah, Trump and McConnell have us boxed in on Barrett
Hotair