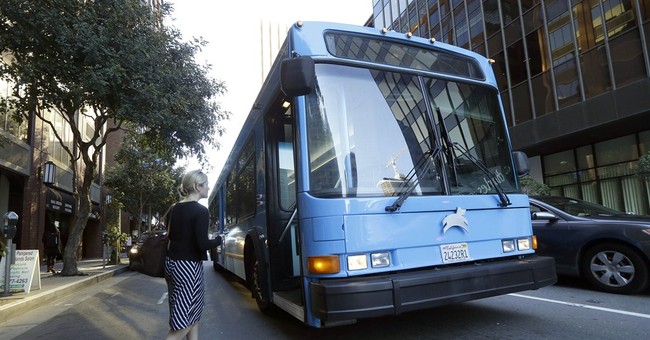 Why is New York so much cleaner than San Francisco? It's a question you hear all the time, even as some New Yorkers swear that Mayor Bill de Blasio's lighter approach to law enforcement has undone some of the gains made under former Mayors Rudy Giuliani and Mike Bloomberg. I spent three days walking at least 5 miles daily in Manhattan last week. The one time I was accosted by a strong whiff of urine, it was from horses in Central Park.

Yes, I saw panhandlers, guys with squeegees, street people, the sorry-looking and the down and out, especially in midtown. Most just made me sad. The homeless were not invisible, but in my limited time (and maybe I was lucky), there was not a moment that I felt menaced -- as one can feel walking down Market Street toward City Hall in San Francisco.

Why does my city reek so much more than New York? Both cities share liberal sensibilities, although New Yorkers have been known to elect Republican mayors. Not San Franciscans, who most recently elected a Republican in 1959.

Not long ago, I asked Ess Eff Mayor Ed Lee what he sees as contributing factors to San Francisco's high P.U. quotient. His answer: The drought means less rain to wash away human waste. Other cities have winters that prompt street people to move to better climates. Development has claimed space that used to house homeless encampments. He also credited "historic levels of drug use" from "people who don't get held responsible for their behavior." Lee has a solid point on each of those factors.

I would add another: pride. San Franciscans are proud of the city's vaunted tolerance. Lest they seem intolerant, many locals have been reluctant to complain about the pervasive smell of urine and occasional glimpses of public defecation until conditions become impossible to ignore.

New Yorkers are proud of the city itself and put a premium on making it shine. The nonprofit Times Square Alliance has a crew of 70 working 24/7 with what the group's senior vice president for security and operations, Tom Harris, cited as a "mission" to keep the public space clean. It's a priority.

Homeless advocates in San Francisco have jumped on Lee for saying the homeless "have to leave the streets" for the Feb. 7 Super Bowl. The advocates argue that when police enforce sit-lie and anti-camping ordinances, all they do is move the homeless -- as if that were a bad thing.

Take a look at the people squatting on the streets of San Francisco. Do they look as if San Francisco's sense of compassion has improved their lives?