Some People Choose to Be Homeless 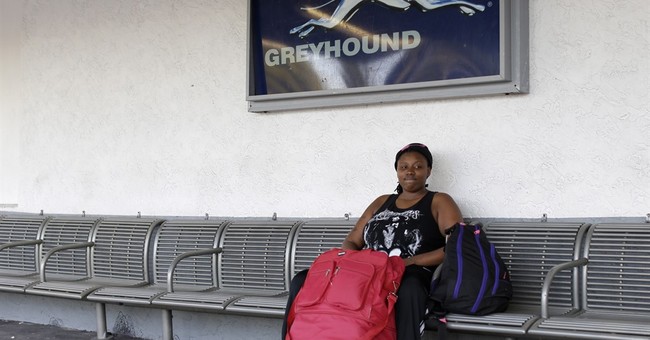 The Obama Department of Justice argued last week that a Boise, Idaho, law against "public sleeping in a city without adequate shelter space constitutes criminalizing homelessness itself, in violation of the Eighth Amendment." In a statement of interest filed in federal court, the Obama administration asserted that banning sleeping and camping in public places constitutes "cruel and unusual punishment." Republican candidates, please take note.

Mike Journee, spokesman for Boise Mayor David Bieter, described his city as "a fairly progressive island in a deeply red state." Bieter is trying to address homelessness, Journee told me, "from a holistic standpoint" -- and with compassion. That said, the Obama statement is "misguided" in that it is based on a notion that "those experiencing homelessness have no recourse and we are willy-nilly criminalizing this by writing tickets for people who have no options. That is not the case."

Homeless advocates have a mantra: No one chooses to be homeless.

I'm sure that's true for some people, but there are homeless individuals who make a series of self-destructive choices that inevitably lead them to homelessness.

"We fundamentally disagree that people don't have a choice," quoth Journee. Some "are choosing not to avail themselves of the services that are here." They congregate in camps where "there's inevitably conflict. There are inevitably public health issues. There is also illegal activity." That's why Boise police make arrests.

In this story, it depends on what the meaning of "adequate shelter space" is. Homeless advocates and the Obama administration have a high standard. Eric Tars, senior attorney for the National Law Center on Homeless & Poverty, which first filed the lawsuit against Boise in 2009, told me, "It's not OK even if there are enough shelter beds." And: "Not all people are able to access shelter beds." A city fails his test if there are available beds in a religious shelter that proselytizes; that violates a homeless person's First Amendment right to religious freedom. A veteran with post-traumatic stress disorder or a victim of domestic violence might feel "threatened or uncomfortable" in a crowded shelter.

I asked Tars: Does that mean anyone can pitch a tent on San Francisco's Market Street and the police can't do anything? He answered, "Anyone who needs a place to stay to survive should be able to shelter themselves as best they can."

Tars is right about the downside of law enforcement. Arrests can tarnish a homeless person's record and hence his or her ability to get a job. Law enforcement is expensive. It doesn't always work. Local governments should look for common-sense prescriptions that reduce homelessness. Tars points to a successful housing program in Salt Lake City. The key, he said, is to provide housing -- perhaps without preconditions, such as that those given housing not use illegal drugs or alcohol. Do that and "in the short term, you do have to tolerate the tent cities a little bit longer."

Those tent cities are breeding grounds for crime. So why is it that the only people who really get a choice under the Obama administration's regime are the people who make really bad choices?