Avert Your Eyes and Hold Your Nose 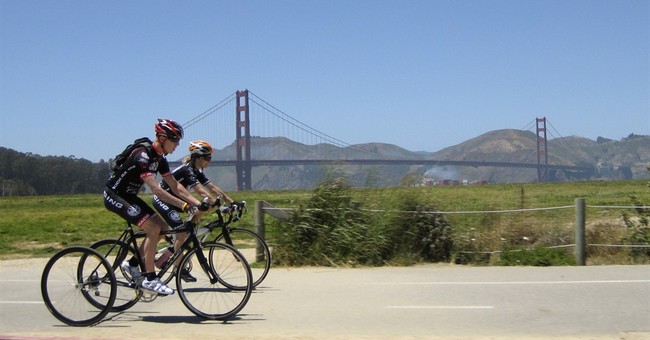 Trending
Downtown San Francisco feels like a large public toilet without enough janitors. More than once this year, I've seen men drop their pants in public places -- including at Fifth and Market -- to leave a smelly mess on the sidewalk. You can walk for blocks and never escape the stench of stale urine. At lunchtime, I see street people passed out on high-traffic sidewalks, and I am afraid to walk around them.

The homeless have been a problem in San Francisco for as far back as anyone remembers, but to me it seems this year is the worst. There's a sense among people who work downtown that City Hall doesn't care about cleaning up San Francisco's Summer of Muck.

If this year is worse, two culprits are the drought and the city's booming economy. The drought means "there's no rain washing down the streets," San Francisco Public Works spokeswoman Rachel Gordon told me. The city's housing and office building boom has filled in alleyways and once-neglected pockets where the homeless used to be able to hide.

Jim Lazarus of the San Francisco Chamber of Commerce told me businesses have more complaints about the homeless. "We are a live-and-let-live town genetically," quoth Lazarus, "but we're also letting people live on the streets who shouldn't be living on the streets."

What can be done? Increase the number of uniformed officers on the street. The chamber supports Mayor Ed Lee's 18-month plan to add 300 police officers and bring SFPD to its authorized maximum of 1,971, as well as Supervisor Scott Wiener's proposal to hire an additional 200 cops. "Not that that means you want police out arresting homeless people," said Lazarus, but their presence alone should "encourage more civil behavior."

Lazarus also suggested more public toilets in places like city parking garages. BART is looking at reopening bathrooms in its underground stations -- and erecting canopies to prevent homeless people from using escalators as toilets. It says something about how dysfunctional Bay Area politics are that these common-sense solutions did not happen years ago.

Mayor Lee implemented a Pit Stop program that set up staffed public bathrooms in neighborhoods, starting with the Tenderloin. "It's not going to fix the stink in the city," said Gordon, but requests for sidewalk, alley and street steam cleanings are down near the four Pit Stops. First, I caution, the city has to send the message that it's not OK to eliminate in public.

S.F. homeless czar Bevan Dufty is big on the city's new Navigation Center on 16th Street. Some homeless adults are reluctant to go to a shelter because it means giving up their possessions or splitting with a partner or pet. With services and space to accommodate shopping carts and dogs, the center is designed to transition street people off the street for good.

I love the idea, but I want to see -- or not smell -- something for it. The city's 2014 homeless services budget was $167 million -- to serve 6,355 homeless people. The new homeless census will be out shortly. Dufty told me, "The number is going up, but not significantly up." So you've got about the same number of homeless people passed out, peeing and pooping in the crowded city.

San Francisco is such a beautiful city. Why do we let people poop all over it?