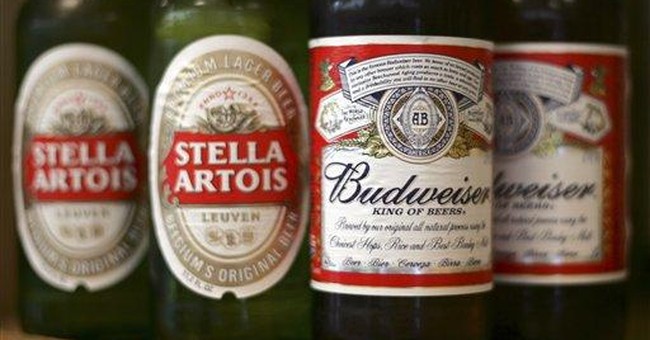 At age 18, an American can enlist in the military, vote, sign a contract, get married, have an operation -- hey, in California, a 14-year-old can have an abortion without telling her parents -- but he cannot buy a beer. Not legally, anyway.

It makes absolutely no sense, and it is shameful that my generation, which won the right to vote at age 18, continues to infantilize people who are allowed to make life-and-death decisions on every issue, save one. We believe in rights -- except for college-age kids -- even if they are serving in the military.

Enter the Amethyst Initiative, pushed by former Middlebury College President John McCardell and signed by more than 100 college presidents, which is pushing for Washington "to reopen public debate over the drinking age." According to McCardell, it is time for Washington to reconsider a 1984 measure, signed by President Ronald Reagan, that withheld 10 percent of highway funds from states that had a legal drinking age lower than 21.

The reason for the Amethyst Project -- named for a gemstone believed to be "an antidote to the negative effects of intoxication'' -- is simple. Many college officials do not believe that the 21-year-old drinking age works. They believe that most students break the law. Worse, McCardell argues, they believe that the age fosters a "culture of dangerous, clandestine binge-drinking."

Does the law work? How many kids break it? More than half of 18-to-20-year-olds, according to the Department of Health and Human Services' latest survey on drug and alcohol use, reported that they drank alcohol in the last month alone, despite legal prohibitions. College students were more likely to drink than their same-age peers not attending college. So apparently it doesn't work. I submit that there is something wrong -- something that breeds contempt -- with a law that most people break.

The primary opposition to the initiative comes from Mothers Against Drunk Driving. MADD argues that if the drinking age is lowered, then more high school students will drink. That may well be true. Although it does seem that teens have scant trouble finding alcohol -- or illegal drugs -- as it is. The same national study found that close to 30 percent of 16- and 17-year-olds drank alcohol in the past month, while 13 percent smoked marijuana.

MADD also argues that the 21-year-old drinking age saves lives. Amethyst Initiative's McCardell argues that there was no big dip in fatalities when the drinking age was raised. Instead, there has been a small steady decline in drunk-driving fatalities over the years as MADD's work rightly has stigmatized drunk driving -- the term "designated driver" came into use in the 1980s -- and improved car safety has saved lives as well.

By that account, then, raising the drinking age to 25 or 30 or 40 would save lives, too. But there is this thing called freedom. And freedom should apply to men and women old enough for military service, old enough to get married and old enough to have had an abortion (four years before).

There is something nasty in the way MADD takes on the critics. "Parents should think twice before sending their teens to these colleges or any others that have waved the white flag on underage and binge-drinking policies," MADD President Laura Dean-Mooney warned. This is MADD's way of trying to stifle debate.

MADD execs also have charged that university presidents want to rethink the drinking age to make their lives easier -- as if they don't care about students -- or to protect against legal liability. Now maybe the argument that lowering the age will reduce binge drinking is just plain wrong, but it also is false to argue that the 21-year-old limit has stopped teen drinking.

How can we trust 18-year-olds to vote or run for office, but not to legally buy a beer?