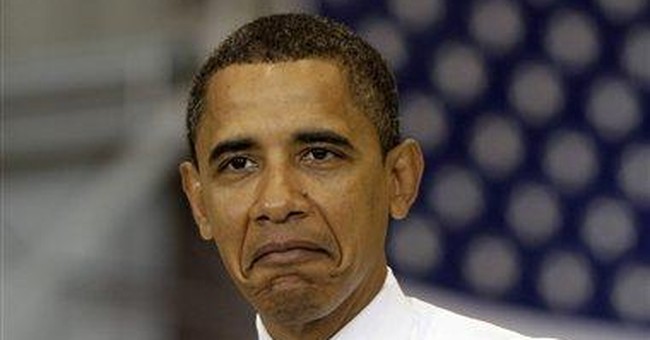 DENVER -- Monday morning, before the Democratic National Committee launched its convention at Denver's Pepsi Center, the documentary "I.O.U.S.A." -- think: "one nation, under stress, in debt" -- played to a small but committed audience at the nearby Starz Film Center. It was a fitting venue, given a national debt of $9.5 trillion and Sen. Barack Obama's pledge to send another tax rebate check to 95 percent of American families.

Next week, "I.O.U.S.A." will be playing at the Republican National Convention, where Sen. John McCain will be pushing his big tax cuts.

As the movie cheat sheet explains: The national debt represents about 66 percent of the U.S. gross domestic product. According to the Federal Reserve, credit-card debt consumes 5 percent of a typical American family's income. Meanwhile, the Treasury Department estimates that foreign investors hold about 46 percent of the federal debt.

Undeterred by the looming economic hangover, Obama and the Democrats are promising Americans more government. -- that families won't have to pay for.

Film director Patrick Creadon, a Democrat, knows how big the problem is -- but he also understands that the candidate who tells Americans what they will have to give up is not likely to be elected. "We're probably not going to hear a lot about fiscal responsibility in the next 10 weeks," he told me.

There is a poignant moment in "I.O.U.S.A.," when a retired high school teacher, now waitressing, talks about how she was able to get ahead and put a child through college, but she believes it is harder for others to do so now. "We need help," she said.

It reminded me of 2004, when Democratic presidential nominee John Kerry, who supported a middle-class tax cut, told the DNC convention in Boston, "Help is on the way."

When I said as much to Creadon, he responded that he did not think the retired teacher was asking for more government help. "To me, she is saying, 'We need leadership.'"

How do you square the Obama tax-cut plan with the message of "I.O.U.S.A.," I asked Rep. Allen Boyd, D-Fla., a dean of the Blue Dog Democrats?

His answer: "Both of them have to get real. You can't promise those things without putting them in a larger context about how it's going to affect the future and how we solve these problems. And that's what we've been trying to get both camps to focus on."

Which means: Expect no real solutions until after the election.

Probably the best argument McCain can make to the voters on the economic front is: With big-government Democrats running Congress, a Democratic president could spend us into oblivion.

He can point to the big spending perpetrated by President Bush with the GOP in charge of Congress -- with the growth of the national debt from $5.6 trillion in 2000 to $9.5 trillion this year.

At a press conference Monday morning, I asked House Speaker Nancy Pelosi what she would say to the independent voter pondering a McCain vote to ensure split government.

"I don't think they objected so much when" Bill Clinton was president and Democrats controlled Congress. In 1994, when voters liberated Democrats from their control of the House and Senate, that was not a "major independent intervention." Read: "We just didn't get enough votes."

The problem with Bush, Pelosi explained, is that "he wasn't bipartisan." Her advice to a President Obama would be: "Invite the Republicans in."