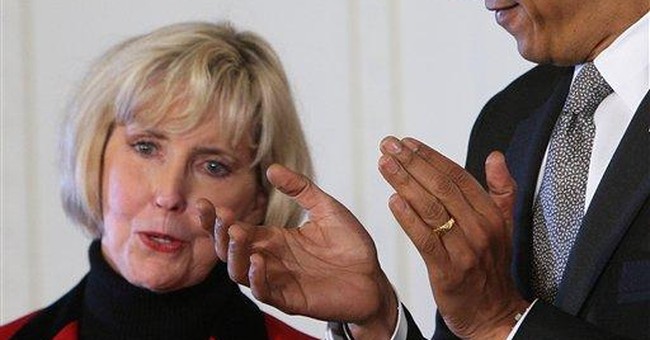 “They could write like angels and scheme like demons.”  This is how author Edward J. Larson describes two of our nation’s founding fathers – Thomas Jefferson and John Adams – in his book, A Magnificent Catastrophe: The Tumultuous Election of 1800, America’s First Presidential Campaign.

Those wonderful and often cantankerous giants also grew to define the partisanship of their day.  This difference of philosophy and policy was part of our national DNA just about from the beginning.  Sure, there were always cries back then – as there are today - for the end of partisanship.  Even General George “Father-Of-Our-Country” Washington feared the approach of party politics.  But the partisanship he dreaded was the kind that would bring about change contrary to what he wanted.  And there’s the rub.

Like it or not, partisanship has been part of our national fabric all along.  And all Americans should fervently hope that we never actually see a benign and boring bipartisanship break out all over.  For some reason, possibly naivety on the part of some, though maybe something more manipulative on the part of others, the cry of bipartisanship is the ultimate political trump card these days.  Getting everyone to work and play together – to walk in complete utopian agreement – is seen as the ultimate political ideal.

It sounds nice.  It feels good when political foes trade anger for civility, and it makes sense on a certain level that people need to talk with, rather than at, each other.  I get that.  But debate – even the rancorous kind - is part of out national narrative.  It may be unpleasant at times, and it is easy to grow weary of the fighting, but this kind of thing may actually be indispensable for the long-term health of our republic.

Could the current call for bipartisanship really be little more than the glorification of something quite detrimental to effective governance?

As President Obama and his new administration grapple with the complex issues before them, and try to find traction dealing with a surprisingly feisty, if not recalcitrant, Republican minority in Congress, they would do well to look in depth at the age of Camelot.  But they should study the fall of 1962, not the spring of 1961.

President John F. Kennedy learned a thing or two from the Bay of Pigs fiasco – an early failure for his administration.  What he learned, he then applied when faced with Soviet missiles in Castro’s Cuba 18 months later.  He listened to many different points of view – and tempered his approach based on what he was hearing.

Of course, I realize that the analogy falls short as completely relevant to the workings of partisan politics, but there is a basic idea that rings true.  In scripture we are told: “in the multitude of counselors there is safety.”  The best policies are those forged out of the give and take – the “iron sharpening iron” - of contrary opinions.  And the iron doesn’t get sharp without sparks flying.

The wisdom we need is usually in those sparks.

I try to watch Prime Minister’s Question Time on C-Span, when I can.  This is where Great Britain’s top elected official stands in the House of Commons and wages verbal war with friend and foe alike over current policies and practices.  The best days for this exchange in recent years were back when Margaret Thatcher was PM, but even a journeyman like Gordon Brown can be entertaining.

Across the pond, their big political kahuna answers to other elected officials, the way our leaders occasional face a hostile press (though mainstream media hostility toward the White House is a rarity these days).  I think we would have better leaders, if they had to actual debate their stuff directly with congress – at least on occasion.  Photo-ops and handshakes aside, I wonder how much better a good, heated, executive-legislative argument might be for our national political health.

Some years ago, the late psychologist Irving Janis identified some of the symptoms of groupthink, and it is interesting how relevant they are in the face of a clarion call about bipartisanship.

Back in 1977, Janis observed that groupthink is indicated when there are illusions of invulnerability, the kind that are created when a particular policy or point of view is not help up to contrary and critical analysis.  Also, unquestioned belief in the morality or superiority of the group making the decision breeds groupthink.

The tendency to stereotype those who oppose is also a sign that groupthink is hovering around, as is the practice of rationalizing warnings.  The bottom line is that groupthink yields flawed fruit.  It leads to bad decisions, sometimes even catastrophic ones.

Groupthink is an equal opportunity problem.  It is not reserved solely for democrats, republicans, or independents.  It rears its ugly head any time a group takes over, or gets comfortable in power, and loses the capacity for objectivity.  And when there is a “we won/it’s our turn” mindset, groupthink is usually in the air.  It is a most subtle and self-deceptive toxin.

How does this relate to the current mantra of bipartisanship?  Well, it would be wise for President Obama to remember that, though he and his party did win, this should not be interpreted as a mandate to get everything they desire.  If 46 percent of the people voted for the other guy and party, then trying to pull off an 80-20 policy deal might not be warranted.

True bipartisanship can only happen when the party in power reaches out in a way commensurate with the percentages in the most recent election.  A mandate is not a blank check.  The recent election suggests that any real stimulus plan should be about 55 percent democratic ideas and 45 percent republican contribution.

That would be actual bipartisanship.

The fact is that, since the days of Adams and Jefferson we have had this national tug of war between competing ideas about what government should or should not do.  The pendulum has swung both ways several times in our history.  The big government vs. little government, higher tax vs. lower tax, and interventionist vs. laissez faire debate has been our country’s persistent yin and yang struggle.

And that should never change.  We are better because of that tension.

If bipartisanship means the end of debate and the ushering in of an unfettered liberal nationalist hegemony over the American way of life, then we will find ourselves on a slippery slope.  Many believe we are already feeling gravity’s pull that way.  The danger is the idea of surrendering liberty for the promise of financial security.

Biden's Vaccine Mandate for Federal Workers Met with Mixed Reactions: 'An Infringement on Civil Rights'
Rebecca Downs
Biden Kicks Off Vaccine Mandate Announcement by Contradicting CDC Guidance
Spencer Brown
Chip Roy Schools Texas Democrats: 'You're Aware You're Violating Texas Law by Being Here Instead of in Texas?'
Rebecca Downs
Biden's Latest Offer to the Unvaccinated Shows the Extent of the Messaging Failure on the COVID Vaccine
Matt Vespa
The Biden Administration May Have Had Its Most Hypocritical Day Yet on Stopping the Spread