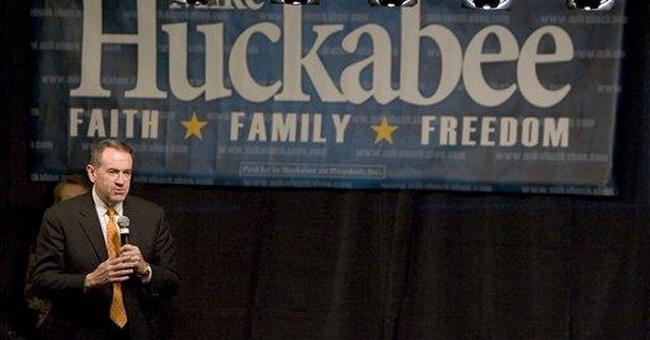 In August of 1976, Republicans met in Kansas City’s Kemper Arena to nominate Gerald R. Ford for a presidential term in his own right, after a long and hard-fought battle with Ronald Reagan. It had been a close race, bearing some similarity to what is transpiring in the camp of the Democrats this year; at least in the sense of being a horse race careening toward the wire.

Reagan was in the crowd when President Ford gave his acceptance speech. It was a better than average performance for Ford, who was not known for his eloquence or for being a particularly animated speaker. That evening he was clearly upbeat and savoring his victory and the moment.

Following the address and during the usual post-speech floor demonstration, Mr. Ford went back to the podium and invited Mr. Reagan to the platform.  Reagan, at first, didn’t seem to understand, and had a look on his face that would become familiar to Americans a few years later when, as President, he would step off Marine One and walk toward the White House; the thumping of helicopter blades giving him cover for not hearing questions shouted by reporters.  But he eventually made his way from his seat in the distance to center stage.

The Great Communicator most commonly read his thoroughly prepared speeches (and was occasionally mocked for this, being called “the ACTING President”), but Mr. Reagan could, in fact, speak eloquently on cue in an impromptu situation. That night in Kansas City is a case in point.

I remember watching this on television and found myself thinking what I suspect millions of others were also wondering: “And, we didn’t nominate this guy, why?”

I felt a little like that last Tuesday night as I listened to Mike Huckabee’s remarks to his supporters telling them that he was dropping out of the race. His generous and eloquent phrases were upbeat and encouraging, and his obvious gift for communication came through loud and clear. He thanked his supporters, as was appropriate. Equally appropriate, in my opinion, is an acknowledgement of gratitude to Mr. Huckabee for a job well done.

So…Thank you, Mr. Huckabee, for conducting a positive and people-centered campaign.

Thank you, Mr. Huckabee, for doing this on a shoestring budget and with a comparatively small staff.

Thank you, Mr. Huckabee, for reminding us that it is possible to be conservative without being spitting mad all the time.

Thank you, Mr. Huckabee, for talking about the unborn and the pro-life issue.

Thank you, Mr. Huckabee, for having the guts to suggest that the IRS should be abolished (do we sense an audit in Mike’s future?).

Thank you, Mr. Huckabee, for keeping your word – you stayed in as long as you promised, and you left decisively without dragging it out for media attention and personal purposes.

Just as Mr. Reagan came back to fight another day with his effective message of hope and conservative ideas, I believe Mike Huckabee’s presence on the American political stage is not over. It’s just beginning.  His approach is the best hope for conservatives and Republicans in the future.

As this political year continues to unfold, and with any hint of drama on the part of the GOP not likely for months, I certainly hope wise Republicans will find a way to make room for Mr. Huckabee at the party table. He needs to be a featured speaker at the convention in September. This is a very important thing – you may remember that it was a speech at the 2004 Democratic convention that provided a relatively unknown politician named Barack Obama the spring board to what he is up to these days.

And Mike Huckabee needs to play a part in crafting the party platform. Though some regard such a process and document as irrelevant, Ronald Reagan reminded us, in those 1976 off the cuff remarks in Kansas City that:

“There are cynics who say that a party platform is something that no one bothers to read and it doesn’t amount to much. Whether it is different this time than it has ever been before, I believe the Republican Party has a platform that is a banner of bold, unmistakable colors, with no pastel shades.”

Finally, the former Governor of Arkansas who ran such an effective campaign with little infrastructure, should be seriously considered for the Vice Presidential slot on the GOP ticket. If he did so well with so little, imagine how well he’d do with the money and machinery of the party behind him?

Frankly, if the number two place on a major party ticket is basically about balance, I would suggest that the balance Mr. McCain needs is to have someone who is a proven and effective communicator on the campaign trail.  Mike Huckabee fits the bill perfectly.

Oh, and there is one more thing Reagan said that night thirty-two years ago, he quoted “a great general” (read: Douglas MacArthur) with the line: “There is no substitute for victory.” And if the Republicans are to win in November, Mike Huckabee needs to be on the field and in the game.