The Leftist Duumvirate Is Subverting, Not Protecting, 'Our Democracy'

David Limbaugh
|
Posted: May 18, 2018 12:01 AM
Share   Tweet
The opinions expressed by columnists are their own and do not necessarily represent the views of Townhall.com. 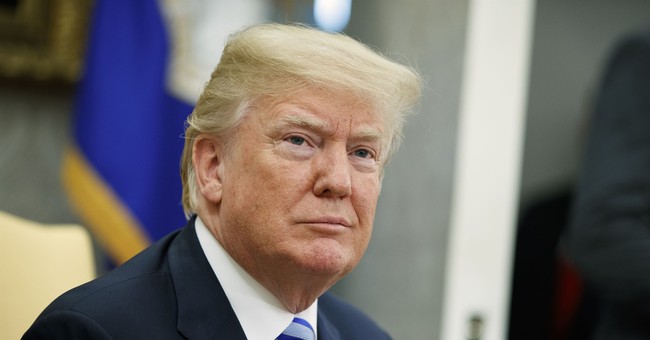 It is increasingly clear that the Trump-hating holdovers from the Obama administration and their media enablers -- together, the duumvirate -- are not protecting "our democracy" but subverting it by fraudulently scandalizing and delegitimizing President Trump.

As often happens, the truly bad actors (the duumvirate, in this case) are benefiting from the factual complexity involved, which they have exacerbated through disinformation, slanted reporting and outright lies.

They went ballistic when candidate Donald Trump wouldn't definitively answer in advance whether he would accept the presidential election results. Their fake outrage was purportedly over Trump's ostensible willingness to allow a cloud to hang over the Clinton presidency in the event she won. But Trump was just saying that he wasn't going to prematurely concede that no chicanery would occur that could result in his defeat.

I only bring this up to highlight the phoniness of liberals' outrage, as shown by their engaging in exactly the same behavior for which they savaged Trump for merely considering. Ever since Trump was elected, they've tried to destroy and remove him and obstruct his agenda based on a mythical storyline and phantom "facts" concerning his supposed collusion with Russia to steal the election. (Actually, we now know their nefarious behavior preceded the election because they needed "insurance" in case he won.) As former U.S. Attorney Andrew McCarthy says, the government used its covert powers to investigate Trump despite having no evidence of a crime. There still is zero evidence.

Notwithstanding their misdirection to lead us off the scent, it's becoming clear that they bootstrapped the case against Trump based on thirdhand rumors elicited from a government-placed spy in the Trump campaign and on a dossier full of innuendo and lies that was procured and purchased by the Clinton campaign under cover of a law firm and shadow corporation. What utter sleaze! Though fully aware Trump's opponents bought the dossier and that its contents were salacious and unsubstantiated, they brazenly presented it to the Foreign Intelligence Surveillance Court to get a warrant, without disclosing any of these damning details. This duplicitous dossier was an indispensable component of the government's Foreign Intelligence Surveillance Act warrant application.

James Comey, former FBI director and current self-promoter, denies that the dossier was crucial to the warrant application and pretends it was funded by Republicans. If he really believes that (and reasonable people really don't believe he really believes that), then he is betraying a disqualifying ignorance , showing he had no business heading up this investigation -- or the FBI, for that matter. This same James Comey, who is so zealous to ensnare Trump for Russian collusion that exists only in fevered leftist minds, bent over backward to exonerate Clinton for real crimes concerning the willful destruction of her emails. This same sanctimonious James Comey perniciously gamed the system by leaking memos he prepared while in the FBI to a law professor friend for the admitted purpose of triggering a special counsel investigation. Is this behavior we should expect from the nation's top law enforcement officer, or are these the actions of some disgruntled two-bit Deep Throat wannabe trying to even the score against President Trump for firing him?

Though we know that the duumvirate will support darn near anything to advance its beloved leftist agenda, can we even fathom the magnitude of its hypocrisy in looking the other way at the gross conflicts of interest of the deep-state Trump investigators? How can anyone with a scintilla of decency not read with abject horror the email exchanges between the adulterously love-struck FBI agent Peter Strzok and top FBI aide Lisa Page? It's undeniable that they were hellbent on shielding Clinton from justice and inflicting injustices upon Trump.

Throughout this ordeal, the government has thwarted legitimate congressional information requests by speciously invoking national security concerns and then deceitfully redacting documents it was ultimately forced to turn over -- not to protect national security but to cover its own rear end. With one hand, the government claims it can't release information concerning its spying on the Trump campaign (even claiming that congressional investigators are extorting it for the information), and with the other, it leaks this same information to friendly news outlets to mitigate the outrage coming its way when the unredacted documents are released and their duplicity is revealed.

If even a fraction of our disturbing suspicions concerning the government's actions in this Trump investigation and pretend Clinton investigation are true, the Obama administration not only conspired to surveil, undermine and criminalize the opposition party's presidential candidate but also has holdovers in government who are still engaged in a massive cover-up that in purpose, scope and the sheer number of important officials participating makes Watergate look like child's play.