Biography
Danny Tarkanian is a proud Nevadan and former UNLV basketball star who as its point guard once led UNLV’s team to 24 straight wins and the school’s first ever number one NCAA ranking.

At UNLV, Danny graduated with high honors and was the school's first Rhodes Scholar candidate. Danny also received the prestigious NCAA post-graduate award, given to the student-athletes that most excel in both the classroom and in athletics.

Today, Danny runs a real estate business and is co-director of the Tarkanian Basketball Academy, which teaches over 350 Clark County kids both basketball skills and life skills, such as work ethic, overcoming adversity, teamwork, winning with class and losing with dignity.

Danny’s family is the most important part of his life. He and his wife Amy live in Las Vegas with their three daughters, Lois, Ava and Ashley.

At the Tarkanian Basketball Academy, teaching is a natural outlet for Danny, who comes from a long line of educators His father, Jerry, was a successful California Junior College coach who went on to obtain his MA in Educational Administration and become one of the winningest coaches in college basketball history.

Danny's mother, Lois Huter Tarkanian, was an educator of children with special needs who went on to become an administrator and earn a PhD degree in Human Behavior. While in California, she started the first private school for the deaf in California, chaired the state's aphasia committee and started one of the first programs for autistic children. Well-respected by Democrats in the State, she was elected as a Democrat to the Clark County School Board for 12 straight years.

Danny Tarkanian’s political philosophy is based on constitutional conservatism and liberty. He believes in limited government and opposes the government takeover of private sector industries. He believes in a smaller government that – with some occasional help – leaves the average person free to achieve his or her ambitions. 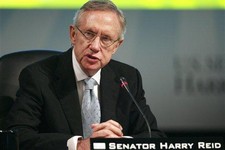