The Danger of Partial No-go Zones to Europe 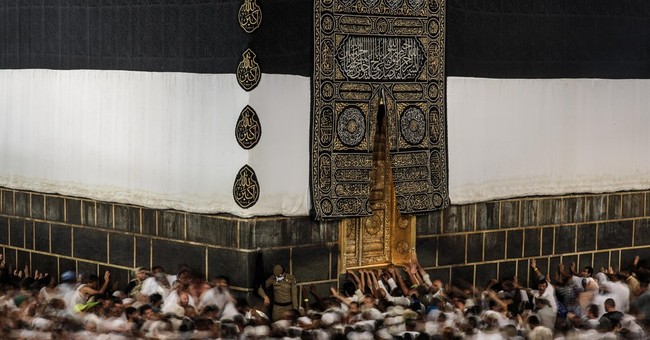 Partial no-go zones in majority-Muslim areas are a part of the urban landscape from the Mediterranean to the Baltic, with the French government alone counting 751 of them. This shirking of responsibility foreshadows catastrophe and calls for immediate reversal.

I call the bad parts of Europe's cities partial no-go zones because ordinary people in ordinary clothing at ordinary times can enter and leave them without trouble. But they are no-go zones in the sense that representatives of the state – police especially but also firefighters, meter-readers, ambulance attendants, and social workers – can only enter with massed power for temporary periods of time. If they disobey this basic rule (as I learned first-hand in Marseille), they are likely to be swarmed, insulted, threatened, and even attacked.

This situation needs not exist. Host societies can say no to the poor, crime-ridden, violent, and rebellious areas emerging in their midst. But, if governments need not abdicate control, why do they do so? Because of a fervent, slightly desperate hope to avoid confrontation. Multicultural policies offer the illusion of sidestepping anything that might be construed as "racist" or "Islamophobic."

This abandonment is no minor aberration but a decision with grave consequences – consequences far deeper than, say, not controlling a crime-ridden American city like East St. Louis. That's because Muslim quasi-no-go zones fit into a far larger political context, with dual Western and Islamic dimensions.

Western: Avoiding confrontation reflects a deep-seated ambivalence about the value of one's own civilization and even self-hatred of the white race. The French intellectual Pascal Bruckner noted in his 2006 book La tyrannie de la pénitence (English: The Tyranny of Guilt: An Essay on Western Masochism) that leftist thinking "can be reduced to mechanical denunciations of the West, emphasizing the latter's hypocrisy, violence, and abomination." Europeans preen as "the sick man of the planet" whose greed and false notions of superiority causes every problem in the non-Western world: "The white man has sown grief and ruin wherever he has gone."

If the deadly triad of imperialism, fascism, and racism represent all that the West has to offer, no wonder immigrants to Europe, including Islamists, are treated as superior beings due supine deference. They exploit this by acting badly – drug dealers ruling the roost, a gang raping 1,400 children over a period of 16 years, and promoting

Muslim: Partial no-go zones also result from an Islamic drive for exclusion and domination. Mecca and Medina constitute the official, sovereign, and eternal Muslim-only zones. For nearly fourteen centuries, these two Arabian cities have been formally off-limits to kafirs, who trespass at their peril; a lively literature of non-Muslims who penetrated their holy precincts and lived to tell the tale goes back

Other Islamic no-go zones also exist. Before losing power in 1887, the Muslim rulers of Harar, Somalia, for centuries insisted (in the words of a British officer) on the "the exclusion of all travellers not of the Moslem faith." In like spirit,women in hijabs scream at non-Muslim visitors to the Temple Mount in Jerusalem to make them feel unwelcome and so stay away. In the West, lawful Muslim-only enclaves represent one drive for Muslim autonomy and sovereignty; the

Unlike places like East St. Louis, Muslim-majority partial no-go zones have a deeply political and highly ambitious quality to them. Indeed, it is not far-fetched to foresee them turning into Muslim autonomous zones applying Islamic law and challenging the authorities. The mix of feeble European governments and a strong Islamic drive for power points to future unrest, crises, breakdown, and even civil war.

Some believe it is already too late to avoid this fate. I disagree, but if catastrophe is to be avoided, the job to dismantle all partial no-go zones must be started soon and executed with a swift determination based on a renewed sense of self-worth. Two universal principles should guide European governments: attaining a monopoly of force and applying the same code of law to all citizens.

Domestic peace in Europe and perhaps other regions, including Australia, New Zealand, Canada, and the United States, demands nothing less.