Washington Liberals Find This Election Isn't Their Cup of Tea 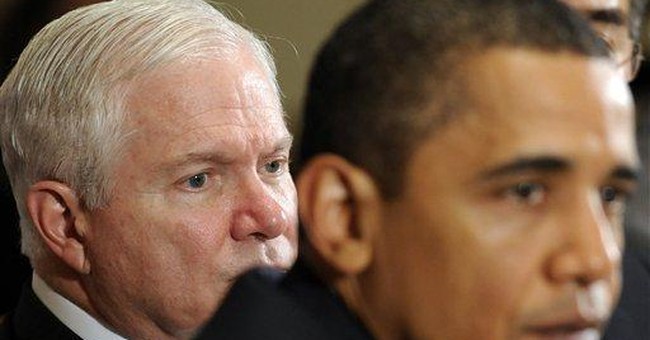 Actually, the election year is already two months old and it’s taking off. Democrats are either fleeing for the exits or dropping out before the election ever takes place. There have been six announced retirements for the party in power. Two senators have said they are leaving just this week – North Dakota liberal Sen. Byron Dorgan and Chris Dodd, D - Countrywide.

Even their own pollsters have warned Democrats they could lose up to 50 seats in the House – enough for the GOP to take control of that half of Congress, despite the party’s own departures. Senate Majority Leader Harry Reid could also lose his job. And the seats formerly held by President Obama and Vice President Biden are in jeopardy.

Sure Obama’s done a rotten job in his first year – from the outlandishly pricey stimulus bill to a sleazy attempt at seizing the health care industry. But those moves are only partly to blame for falling poll numbers and the rats leaving the sinking ship.

Obama’s in hot water over a cup of tea.

One of the biggest threats to Obama is the tea party movement That has been brewing for nearly a year and could be a big difference maker in 2010. The grassroots effort pulled together up to 4 million people in hundreds of events across the nation in 2009, highlighted by nationwide protests on Tax Day April 15. Now the anger and frustration from ordinary voters has coalesced into a movement fighting big government, so-called health care reform and most of the other lefty plans of Obama and company.

Instead of going away, it’s still gaining momentum. Comic songwriter Ray Stevens channeled tea party sentiments in a song released Dec. 11 called “We The People.” “You vote Obamacare, we’ll vote you outta there!” warned the video which has already been viewed 1,400,000 times in less than a month.

The tea party movement is fighting the left of both parties. It challenged liberal GOP congressional choice Dede Scozzafava in New York and, though it lost the election, it became a force to be reckoned with. Conservatives from Glenn Beck to Sarah Palin backed the tea party candidate.

The movement has also been active in the Florida Senate race where wishy-washy prObama Republican Charlie Crist has been challenged by an actual conservative – former Florida House Speaker Marco Rubio. The latest victory was forcing out Florida Republican Party Chairman and close Crist ally Jim Greer.

The tea partiers could even the odds in 2010 so that Republicans aren’t outnumbered 2-to-1 by Democrats and a media that abandoned all pretense of neutrality in 2008 throughout Obama’s first year.

In 2009, journalists promoted every major Democratic initiative like it was their own because, well, it was. Stimulus, government takeovers, Cash for Clunkers, health care reform and liberal appointees were just the beginning. Imagine what would have passed without opposition. No wonder the media and the left teamed up to discredit the tea party movement since the very beginning.

Back on April 15, CNN attacked those involved in the nationwide protest. Anchor Anderson Cooper made a sexual joke about attendees “teabagging,” and correspondent Susan Roesgen rudely interrupted one of protestor and slammed the event for being “anti-government,” “anti-CNN,” and “not really family viewing.”

That media assault has continued. MSNBC host and lefty loon Chris Matthews has repeatedly claimed that it’s only “angry whites at town hall meetings” after his own network deceptively edited out the race of one African-American protester. Fellow anchor Ed Schultz just calls them the “wingnuts of America.”

CBS Executive Editor of Commentary Charles Cooper bought into left-wing claims that the movement is just phony grassroots or Astroturf working for the GOP. “Now it's clear that any retelling of that story also must include a discussion of the Republican operatives who were whispering play calls behind the scenes,” he claimed.

Despite the attacks, you haven’t heard the last from the tea parties. This April 15, they are planning Tax Day Tea Party II to make their voices heard – a lot of voices. According to TaxDayTeaParty.com, they hope to make this event “the largest Tea Party ever held, and we expect it may well be the largest gathering ever of Americans in the nation’s capital.”

That’s a pretty grandiose goal, almost as huge as a $787 billion stimulus or government takeover of one-sixth of the U.S. economy just with “health care reform.”

The tea parties are proof that ordinary Americans are angry and have every right to be. This year, that anger could well be felt at the ballot box. To quote Ray Stevens:

“Please tell Nancy Pelosi,
We’re gonna do the Hokey Pokey,
Put the “right” ones in,
Pull the “left” ones out.”