Shipments of personal computers are down a surprising 14% year-over-year in first quarter ’13, much worse than market estimates of -7.7%.  All major geographies and computer companies participated in the decline.  Hewlett-Packard saw shipments fall 23%, and will likely lose its dominant position in the PC market to aggressive competitor Lenovo.

On March 21, we said, “Sell Hewlett-Packard.”   Earnings per share are still expected to fall about 13% this year, and Wall Street will likely revise that number downward.   The stock price hit a ten-year low in December.  Despite a recent  dead-cat bounce in the stock price, 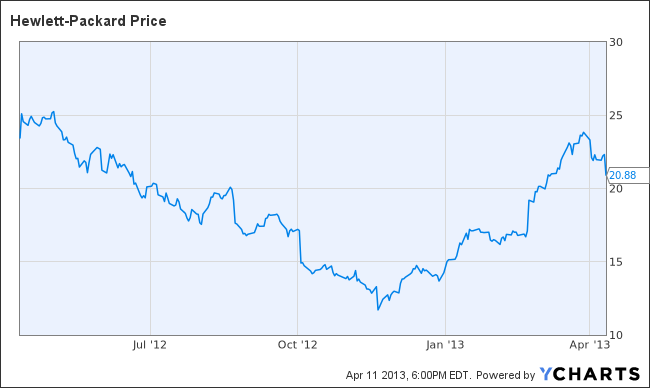 Microsoft Windows 8 is experiencing weak demand based on lower demand for high-priced PC’s and consumer difficulty operating the software.  Citi Research expects this sales trend to turn around in second half 2013 as price points come down on touch hardware.  Microsoft is successfully growing its enterprise, X-box and online businesses.  But with Windows 8 being in a high-profile slump, Citi Research says, “we expect Windows needs to stabilize for the stock to work.”

Earnings per share were recently expected to grow 1%, 13% and 9% over the next three years.  Microsoft reports first quarter earnings on Thursday, April 18 after the close.

The stock has been trading sideways for over ten years; currently trading between $26 and $33.  There’s some price support at $28.  Citi Research says “Buy” and Goldman Sachs Group says “Sell” Microsoft. 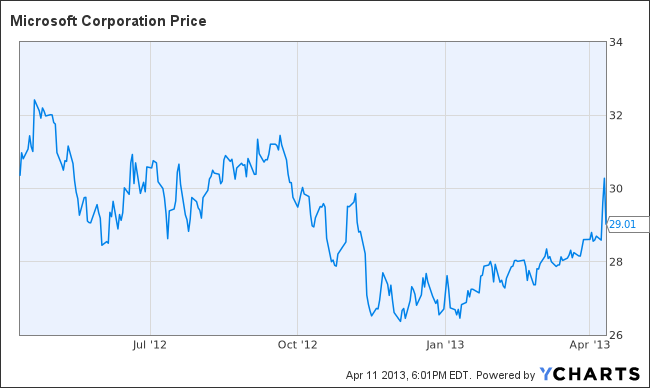 Standard & Poor’s Research remains bullish on Kellogg Co., based on its PE vs. other packaged foods companies.

Earnings per share are expected to grow 7.5% per year for each of the next two years.  However, both years’ estimates include expected benefits from a change in pension accounting.  The PE is 16.7, much higher than the earnings growth rate, and at the top of the PE range for three of the last four years.

"The stock broke past long-term resistance in January, and has risen 40% since last summer’s low point.

Given the slow earnings growth, high PE, and recent run-up in the stock, 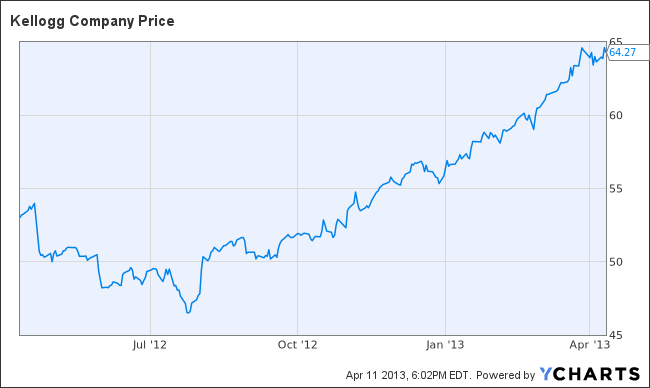