Welcome to John Ransom's Stocks In The News where the headline meets the trendline.

Catch us on the radio daily from 2PM-3PM ET, or at our online archive posted daily at TownhallFinance.com

On March 6, we told you that Verizon Communications (VZ) was considering purchasing part or all of Vodafone Group (VOD).  Today Bloomberg reported that Verizon and AT&T (T) may purchase Vodafone in a joint venture.  Verizon’s goal is to own the 45% of the Verizon Wireless joint venture that’s currently owned by Vodafone, and then possibly allocate Vodafone’s international business to AT&T.

Of the three companies, Verizon is by far the most attractive investment, with strong earnings growth projected at 19% this year, a bullish chart, and a 4.2% dividend. 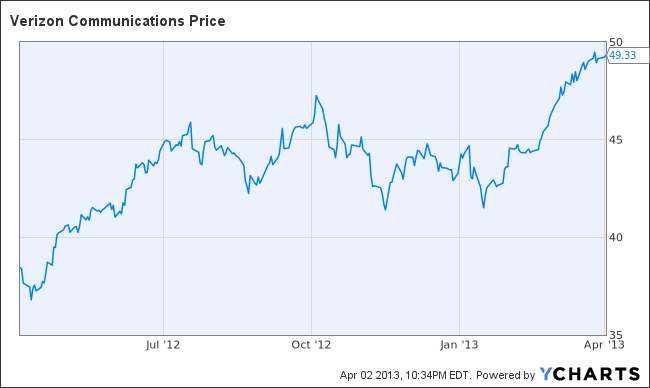 AT&T announced an increase of its quarterly dividend to 45 cents, as expected.  The new dividend yield is 4.83%.  Share buybacks for the quarter are running about 50% higher than Citi projected, at 168 million shares.  The company just authorized another repurchase of 300 million shares, and then plans to slow the pace of buybacks in 2014. We like AT&T stock for the big dividend and low volatility.  There’s some price resistance at $38, and then again at $40.  But for new money, we still prefer Verizon Communications. 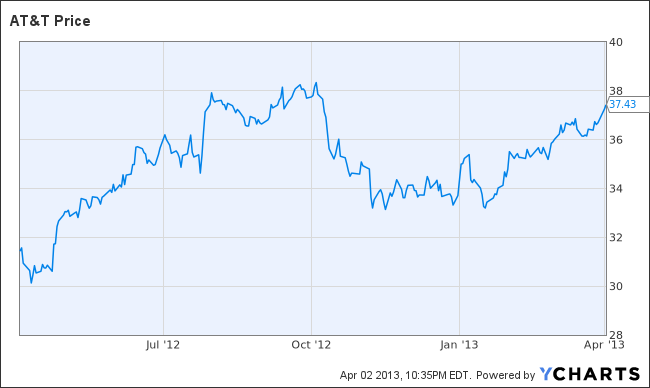 The U.S. Government has reversed a decision which would have cut Medicare payments to insurers and to doctors, instead increasing insurers’ fees, while leaving doctor pay at the previous rates.  Health insurance stocks are up on that news, with Humana Inc. leading the pack. Humana is a slow-growing company, with earnings per share projected to grow 4-6% per year for the next three years. The stock chart’s constructive, with price resistance at $80, and then again at $92. 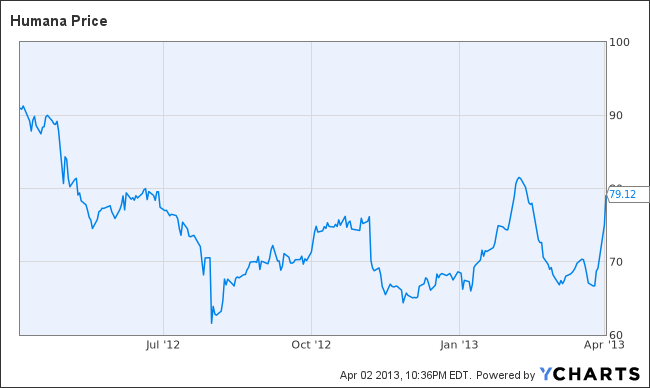