STOCKS IN THE NEWS

Welcome to John Ransom’s Stocks In The News,

Where the Headline Meets the Trendline.

Cliffs Natural Resources, the biggest US. iron-ore producer, is down after Morgan Stanley cut its recommendation to “underweight”.  The analyst commented, “We believe Cliffs’ iron ore business  will be halved in coming years as new Great Lakes supply cuts into volumes and pricing.”

In addition, the company’s Australia mine is depleting its reserves; operating costs at its Wabush mine are prohibitive to profitability, and iron-ore prices are likely to weaken in second-half 2013.

The stock has traded from $100 per share down to $20 twice in the last five years, and has not yet formed a base during the current price drop. 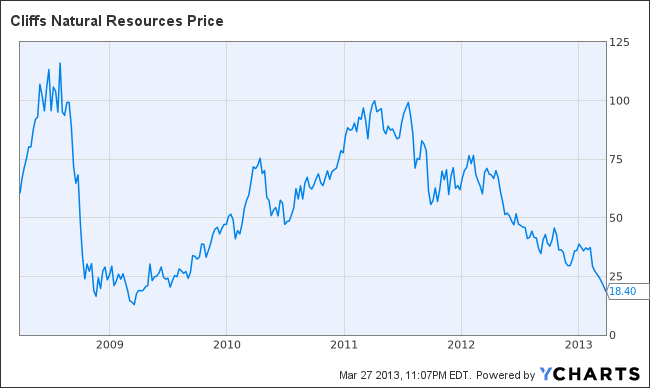 EMC is a multi-faceted tech company, with offensive strategies in place for revenue increases, margin expansion, and new product introductions.

The stock’s been in a sideways trading pattern for two-and-a-half years, between $20 and $30 dollars per share. 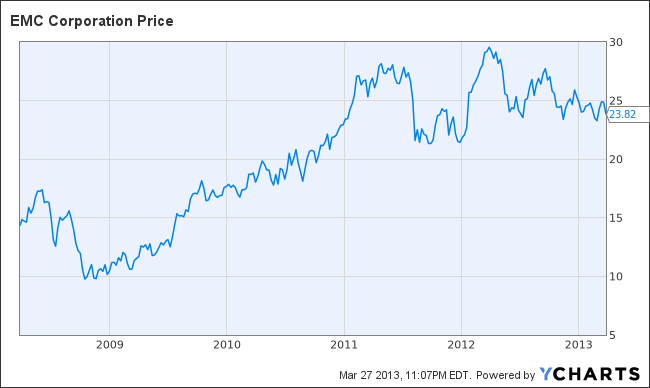 Ericsson Telephone Company is in advanced talks to buy Microsoft’s IPTV business, which delivers television over the internet.  Ericsson is a Swedish communications technology company, and the world’s largest provider of wireless network equipment and services, with annual revenue of $34 billion.

The stock price is on an uptrend, heading toward long-term price resistance at $15. 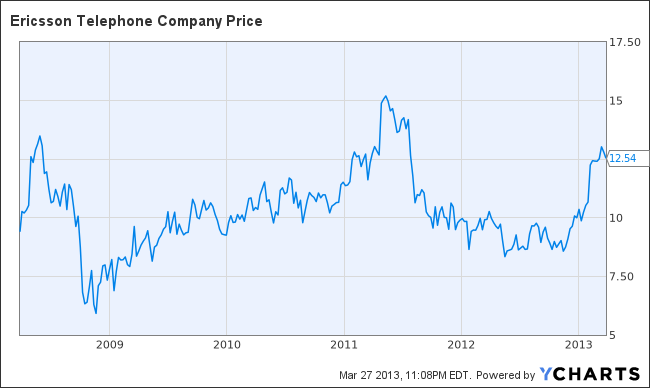