Outlook on Consumer Stocks: Use Discretion

Crista Huff  |  Nov 24, 2011
The opinions expressed by columnists are their own and do not necessarily represent the views of Townhall.com.
Top Columns
Trending on Townhall Media 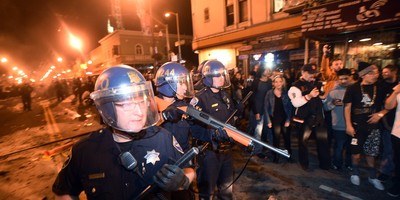 In an extensive research report from Morgan Stanley on 11/20/11, US Equity Strategy: Important Dynamics and a Strategy to Outperform, one of the sectors with recommended stocks was “consumer discretionary”.  The four recommended stocks are Yum! Brands Inc. (YUM), CBS Corp. (CBS), Coach Inc. (COH), and McDonald’s Corp. (MCD).

Let’s look at their earnings growth rates, other fundamentals, and charts, to identify which might be good investments, at what prices.

“Coach is the number one luxury accessories brand in the U.S., with an estimated 20% share of this estimated $9.3 billion market. This sub-segment of the handbag/accessories market remains one of the best-performing categories at retail. COH has been able to outpace industry growth….” — Standard & Poors Research, Nov. 19, 2011.

The stock is still recovering from the 2008 Financial Meltdown. The ten-year high was $40.58 in 2002. It will likely bounce briefly between $23 and $26 before continuing its retracement to the recent high of $29 in July 2011. In a weak stock market, CBS stock could easily bounce below $22.

CBS at $23 would make a great buy for both traders and long-term growth investors. The very low PE and strong annual earnings growth help to minimize the overall price risk.

“McDonald’s Corporation franchises and operates restaurants in more than 100 countries around the world. McDonald’s had sales of $24 billion and net income of $4.9 billion in 2010.

McDonald’s stock hasn’t had a major share price correction since the impending second Gulf War of ’03. The stock didn’t even blink during the 2008 Financial Meltdown; it simply traded within its established trading range as if nothing was going on in the stock market.”

If I wanted to buy McDonald’s stock as a long-term growth & income investor, I’d put in a buy at $90 and see if the market brings it to my doorstep.

As always, readers should consult their investment and tax advisors to determine suitability, risk and taxation.