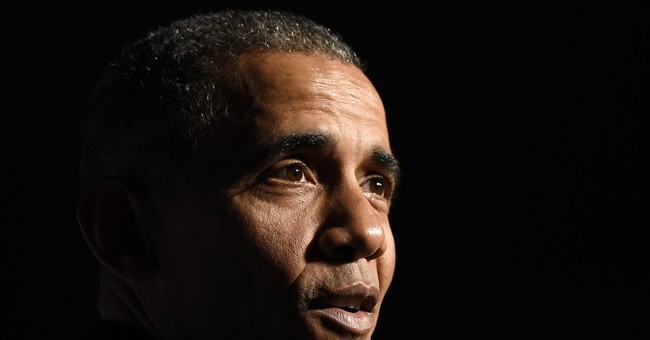 The National Defense Authorization Act is the largest piece of legislation considered every year by the House Armed Services Committee. Perhaps the most important constitutional obligation assigned to Congress by Article I, Section 8 is to raise and support an Army, and provide and maintain a Navy. We need this legislation because it provides the legal authority for our military to protect the homeland, pay our soldiers, and provide benefits to military retirees.

This week, President Obama vetoed this critical national security legislation, risking 53 consecutive years of successful, bipartisan legislation, and denying our men and women in uniform everything they need to succeed and keep us safe. Congress has passed the National Defense Authorization Act without fail every year since 1962, during the Lyndon Johnson administration. It has endured conflicts in Vietnam, Russia, Iran, Bosnia, Somalia, Iraq, and Afghanistan. The President’s reckless veto puts this record, and more importantly, our men and women in uniform, at risk.

The need for this bill is clear when you consider the current global instability. The Islamic State and Al-Qaeda network are spreading throughout North Africa and the Middle East. Russia is threatening our allies in Eastern Europe and expanding its alliance with Syria and Iran. China continues its aggression in the South China Sea. North Korea and Iran flaunt illicit nuclear programs in violation of international agreements. The United States Armed Forces respond to every situation and are often the sole obstacle between rogue actors and the chaos they aim to inflict. Unfortunately, this veto is President Obama refusing to stand with our Armed Forces.

There is no acceptable reason that the President would veto a bill that provides our troops the necessary supplies to defend our country. We are on the verge of having the smallest Army since World War II, closing crucial military bases, and eliminating a military pay raises that impacts all active duty families. Four times in the history of this legislation has a President issued a veto. Each time, the President objected to a specific provision of the defense budget, and each time the legislature found a compromised that resulted in the President signing the new bill. However, the President does not object to this year’s defense budget, instead he is holding our military hostage to pay for a domestic spending spree.

This veto amplifies the threat that our armed services will be left without the necessary resources and authorities necessary to carry out large-scale military actions. 270 United States Representatives and 71 United States Senators have agreed to legislate a 1.3% pay raise for active duty service members, prevent a steady 10-year increase for TRICARE co-pays, approved a strategy to combat Iranian influence in the Middle East, provided funding to protect our infrastructure, and provided for improved cybersecurity against future data breaches. President Obama is abdicating his constitutional duty to provide for the common defense. This year’s National Defense Authorization Act funds the military at $611.9 billion, the same amount the President requested of Congress earlier this year.

I urge President Obama to reconsider this year’s National Defense Authorization Act. Anything less than this is a failure to stand with our sons and daughters who are serving us in uniform. Those who choose to fight with their country deserve a Commander in Chief who is willing to fight for them.