As a nurse, small businesswoman and former educator, Congressman Diane Black brings a unique and dynamic perspective to her work in Congress. Diane’s faith in America’s promise was shaped from an early age. The middle daughter of working-class, Great Depression era parents, Diane saw firsthand their efforts to create a better life for their children through their pursuit of the American Dream.

First elected to Congress in 2010, Black represents Tennessee’s 6th Congressional District, which includes 19 counties in middle Tennessee. Black is driven by her Christian faith and an unwavering commitment to restore fiscal sanity in Washington, enact market-based health care reform, and return America to its founding principles of limited government and a strong free enterprise system.

Black serves on the House Ways and Means Committee and has quickly established herself as a leader in the efforts to fundamentally reform the U.S. tax code for the first time in over 25 years. Black is fighting for a flatter, fairer and simpler tax code to help create the conditions for economic growth, job creation, and higher wages for American workers. In the 113th Congress, Black was selected to chair the Ways and Means Education and Family Benefits Tax Reform Working Group.

Through her over 40 years of experience working in the health care field, Black learned first-hand about the importance of high-quality care and the obstacles faced by patients, health care providers and employers. Black’s real world experiences as a nurse have uniquely positioned her as a credible and effective leader on health care policy in Congress. She is focused on dismantling the president’s health care law and advancing true market-based, patient-centered reforms that will bring down the rising cost of care by increasing private sector competition and consumer choice. In the 112th Congress, Black was the first member of Congress to have legislation signed into law that repeals a health care provision in Obamacare, which saved taxpayers $13 billion dollars.

Black is also a member of the House Budget Committee, and a co-author of the 2014 Path to Prosperity budget, which balances the federal budget within ten years, reduces federal spending by $4.6 trillion, saves Medicare for future generations and promotes private sector economic growth. Black is a firm believer that getting America’s fiscal house in order also requires serious reforms of the broken Congressional Budget process. That is why she introduced the Legally Binding Budget Act, H.R. 1868, and has been a leading advocate for initiatives such as the Balanced Budget Amendment to the Constitution and the No Budget, No Pay Act, H.R. 325, which withholds pay from Congress if an annual budget is not passed by the legal deadline.

Building off her work in the Tennessee legislature as a pro-life leader, Black has continued to fight for the rights of the unborn. Her first piece of legislation in the 114th Congress, H.R. 217, would block any Title X federal funding from going to organizations that perform abortions, such as Planned Parenthood. Black also sponsored the Health Care Conscience Rights Act, H.R. 940, legislation that would protect the religious freedom of health care providers who refuse to perform abortions and offers full exemption from the Health and Human Services (HHS) employee healthcare mandate that requires coverage for abortion inducing drugs.

Black and her husband of over 30 years, Dr. David Black have three grown children and six grandchildren. They live in Gallatin and attend Community Church in Hendersonville. 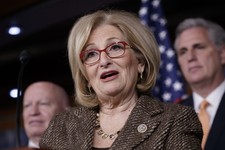 My Experience With the ‘Good Ol’ Boy’ Culture, and What I’m Doing About It Now in Congress
By Congressman Diane Black
America is having a reckoning and it’s long overdue. I’m talking about the movement to hold sexual harassers accountable for ...
December 13, 2017
Why We Need To Pass Our Budget
October 03, 2017 | 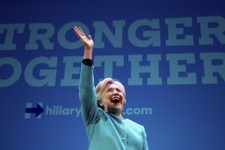 For Clinton, “Stronger Together” Is Just Empty Words
By Congressman Diane Black
It’s good to be Hillary Clinton. She has a long roster of Hollywood endorsements, a media that lets her campaign ...
October 19, 2016 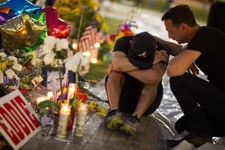 The “Christian Right” Didn’t Attack Orlando – Terrorism Did
By Congressman Diane Black
Last Sunday, a deranged terrorist with evil in his heart and the poison of radical Islam in his mind opened ...
June 15, 2016
The Heart of the Pro-Life Movement Is a Heart of Compassion: A Response to Colorado
December 01, 2015 |
More Than A Video: Planned Parenthood’s Decades-Long Culture of Deceit
July 20, 2015 |
Commentary Archives
CARTOONS | Gary Varvel
View Cartoon