Congressman Diane Black
|
Posted: Jun 15, 2016 10:20 AM
Share   Tweet
The opinions expressed by columnists are their own and do not necessarily represent the views of Townhall.com. 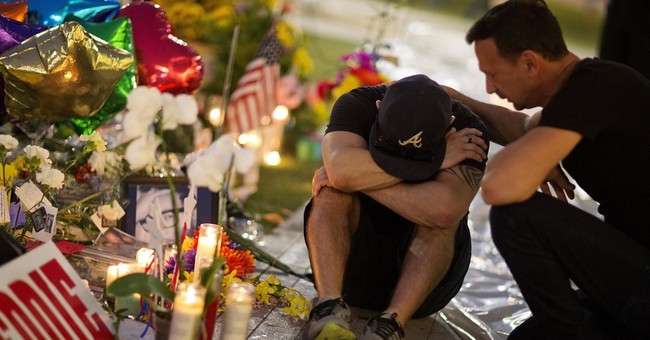 Last Sunday, a deranged terrorist with evil in his heart and the poison of radical Islam in his mind opened fire at a gay Orlando night club, killing 49 innocents and injuring dozens of others. Families were ripped apart, a sense of security was stolen, and Americans were left to sort through the headlines and try to make sense of a hatred that can never be understood – only defeated.

These acts of violence break the hearts of all people of conscience, regardless of religious faith or political ideology, yet, sadly, some voices in our culture chose to use this tragedy to further divide; taking responsibility away from the gunman and laying it at the feet of just about anyone else.

Instead of grieving together in unity, as we did after September 11, 2001, we have devolved to this:

An ACLU lawyer blamed the attack on legislation related to marriage and religious liberty.

A cable television host shamed those who call for prayer in the wake of such tragedies, dismissing it as “talking to nobody.”

And Congressional Democrats walked out during a moment of silence to honor the Orlando victims.

These actions do not bring back a single life that was lost and they do nothing to help heal a wounded nation.

When we equate loving disagreements between Christians and our LGBT neighbors with acts of terror that kill and destroy, when we rebuke sincere prayers because they are not accompanied by a particular political agenda, and when we diminish a spiritual act that so many – myself included – believe has transforming power to lift up a hurting world, we delay the healing process.

When we tell Americans that their deeply held beliefs on sexual orientation, the 2nd Amendment, or any other topic preclude them from sharing in our mourning and grieving the loss of these 49 precious souls the same way anyone else would, we impose a chilling effect on the freedom to believe that has guided and defined our country since its inception.

Beyond that, this talk ignores the facts of the tragedy and diminishes the role of personal responsibility in such acts of violence. We know that the carnage in Orlando was not the result of a pastor’s sermon, a Congressman’s bill, or even a manufacturer’s gun. It was the result of a choice made by the person who pulled the trigger. The killer was a terrorist influenced not by “right wing Christians” but rather by a radical Islamic ideology that doesn’t just condone the persecution of gay people, women, and others – it compels it with the promise of eternal reward.

This evil cannot be legislated away with a background check or a weapons ban; it must be extinguished at the source.

As our country emerges from the thick fog of this terrorist act, may we be clear eyed in recognizing the enemy we face, may we identify radical Islam for the threat that it is, may we reject the temptation to use tragedy for political gain, and – above all else – may we continue to pray.