Letter from Pennsylvania: A Governor’s Mixed Signals on Shale Gas

Colin McNickle
|
Posted: Mar 23, 2017 11:30 AM
Share   Tweet
The opinions expressed by columnists are their own and do not necessarily represent the views of Townhall.com. 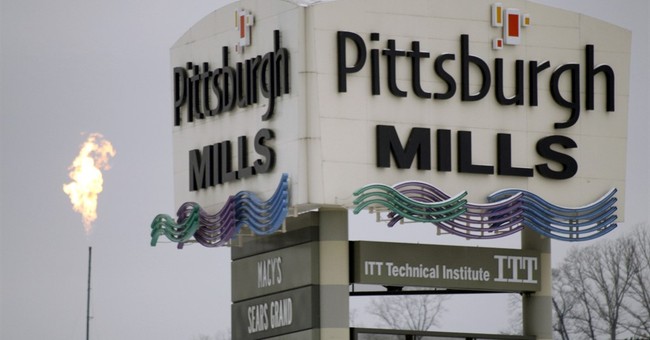 A strange dichotomy has emerged within the administration of Pennsylvania Gov. Tom Wolf regarding the shale gas industry. And it’s increasingly difficult for thinking people to bridge the practical and intellectual chasm.

Much attention is being given to a new study -- by IHS Markit -- that suggests Pennsylvania has enough raw feedstock in its Marcellus and Utica shale plays to support up to four additional ethane “cracker” plants in the commonwealth. That’s in addition to the one under construction in Beaver County’s Potter Township.

Details of the study were released on March 21 by the governor and his Team Pennsylvania Foundation. The study predicts there could be additional investment of between $2.7 billion and $3.7 billion in natural gas liquid assets in Penn’s Wood.

“Pennsylvania has a once-in-a-generation opportunity to develop and implement a strategy that will cultivate a manufacturing renaissance and transform our economy across the commonwealth,” said Wolf in a news release.

He says Shell’s cracker plant laid the foundation for “a diverse and robust petrochemical and plastics industry … and we must ensure that we make the most of this chance to create good-paying jobs for Pennsylvanians.”

OK, sounds promising, reasonable and as if the administration is on top of things. With a major caveat.

In the same news release, Dennis Davin, secretary of the state Department of Community and Economic Development (DCED), set up a long list of “key priorities” to capitalize on the burgeoning opportunities of shale gas.

Among them, “proactively engaging shareholders to bring the right decision-makers and resources to the table; attracting additional infrastructure investments in petrochemical and plastics manufacturers, as well as retaining and growing Pennsylvania’s existing industry; developing pad-ready sites throughout the state to encourage investment opportunities; streamlining the development timeline and addressing potential critical infrastructure bottlenecks; and training a workforce with the right skill sets to fill future jobs created by the industry.”

But as one of the wags with whom I regularly confer reminds:

“Policies are important if we want to get the economic equation right for Pennsylvania and create an environment to attract capital,” the wag said.

But,  “While it is easy to tout natural gas development through reports such as this, let’s not forget the policies on the table obstructing our ability to achieve this ‘generational opportunity’ outlined in the report.”

Among those are the proposed severance tax and onerous and/or cumbersome regulations, including the time it takes to secure permits.

But another thought comes to mind as well:

Shell’s cracker plant is billed as something of a great pump primer -- replete with heavy taxpayer incentives -- that will, we are told, serve as a great catalyst for economic development, not only in the shale gas industry but for ancillary industries and, thus, the Keystone State’s economy at large.

Could be. Hope so; the early report card already shows that to be happening.

But how many additional public “incentives” will be “required” to capitalize on this “once-in-a-generation opportunity”? For how long will taxpayers be asked (forced, really) to “prime” this “pump”?

If the shale gas industry truly is the be-all and end-all to economic Nirvana -- and make no mistake, its possibilities truly are exciting -- why should taxpayers continue to be tapped for costs, capital or otherwise, that the industry alone should bear?

As but one example, is it really, as DCED’s Davin appears to suggest, a taxpayer function (other than, say, at existing brownfield sites) to develop “pad-ready sites throughout the state to encourage investment opportunities”?

It is not. That should be the exclusive purview of the shale gas industry and private property owners with whom respective companies negotiate land and royalty deals.

Government should be a facilitator, not a developer. And Pennsylvania’s history is replete with tales of well-meaning (one would assume) but misguided (one can confirm) government officials mistaking the latter for the former.

Indeed, Pennsylvania is at the epicenter of the shale gas revolution. Fortunes will be made. And, as is the case in a free market system, some fortunes will be lost; the marketplace will reward and it will punish. That’s the nature of our economic system. (And those who fail today are free to regroup and attempt to prosper another day.)

The shale gas industry -- just as any industry -- must stand on its own. But it can’t do that if government sends mixed signals -- one day dismissing the import of the industry and regulating it to its knees, then, the next day talking of despoiling the public of its wealth to help the industry in the guise of “economic development.”

Government that governs least truly is the best government. Government that overplays its hand on either side of the equation will do neither the shale gas industry nor taxpayers any favors.