Letter from Pennsylvania: The War on Shale Gas and Oil

Colin McNickle  |  Oct 25, 2016
The opinions expressed by columnists are their own and do not necessarily represent the views of Townhall.com.
Top Columns
Trending on Townhall Media 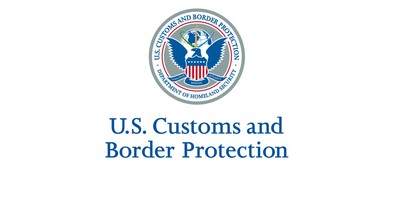 To paraphrase great 19th-century orator Daniel Webster, government which cannot administer the affairs of the people without producing so frequent alterations in the ordinary occupations and pursuits of life has little claim to the regard of the community.

Welcome to the Pennsylvania Department of Environmental Protection (DEP) and its continuing attempts to freelance the law as it seeks to regulate the Keystone State’s shale gas and oil industry out of existence.

The latest chapter in this sad saga of government overreach involves portions of the state’s Chapter 78a rules that took effect Oct. 8. They further regulate the “surface impacts” related to the extraction of natural gas and oil through the “fracking” process. Hydraulic fluid injected into shale formations fractures that rock and releases the fossil fuels.

In a decidedly undertain way, it must be noted.

Not only do the new rules come across as selectively punitive -- they apply only to the shale gas and oil industry (considered the “unconventional gas industry”) and not the once “conventional” industry that drills more shallow, straight-line wells) -- they come at an exorbitant cost with woefully little environmental benefit.

Worse, some of the new rules have no basis in law, some of which were invalidated by the Pennsylvania Supreme Court.

At least that’s the contention of the Marcellus Shale Coalition (MSC), the industry group representing those “unconventional” drillers. It filed a lawsuit Oct. 13 in the state’s Commonwealth Court challenging some of the Chapter 78a edicts.

The coalition says the new rules will require 27 new electronic notification requirements; 24 new or revised forms; 14 new or revised plans and a number of new “TGDs,” or “technical guidance documents” that are “at times contradictory to the regulatory language itself.”

The rules also require shale drillers to take responsibility for “orphaned” and other wells that they do not own. Think of the potential liability cost of taking those on; think of the hoops operators would have to jump through just to gain access to those wells on property they do not own.

It’s almost as if the DEP has created a series of “gotcha” regulations designed to trip up shale drillers who, in good faith, would seek to comply but likely would have no chance of doing so, no matter what they do -- and risk going bankrupt in their attempts.

Of course, none of these compliances generate themselves at no cost. And that cost could have a devastating effect on an industry still recovering from a glut of product and low prices. Two wit, the new regs could increase costs by 30 percent, about $2 million per well, the coalition says.

Initial costs to comply with the new regulations could run between $40 million and $70 million, the MSC says. Annual compliance costs thereafter could be $16 million, it complains.

“These unnecessary costs threaten additional job losses and further discourage private capital investment in Pennsylvania,” the coalition says. Which, sadly, is what government seems to be most adept:

Former DEP boss John Quigley, in an investor conference call in March, appeared to downplay the importance of the industry in the Keystone State, almost as if to dissuade investment.

Make no mistake, this is not your cliched battle between government seeking “to protect the people and the environment” and an industry seeking to eschew any and all regulation, environmental or otherwise.

“If the court strikes these sections, operators will continue to follow standard industry safety and environmental practices,” the coalition reminds.

Those standards, by the way, are quite stringent. But the new and dubious regulations cut to the shale gas and oil industry’s very ability to conduct business and remain competitive, says MSC President David Spigelmyer.

“Unlawful, illegal, void and unenforceable” is how the MSC lawsuit characterizes the sections of the DEP’s new Chapter 78a rules it contests. Well, of course. For past isprologue when it comes to environmental overreach, whether state or federal.

Once wrote Thomas Jefferson, “The natural progress of things is for liberty to yield and government to gain ground.”

And when the government, through untenable regulation, no less than seizes the very ground on which, and from within which, honest brokers attempt to make a living (and, in the process, better the lot of the people and the economy), “liberty” becomes the first casualty.