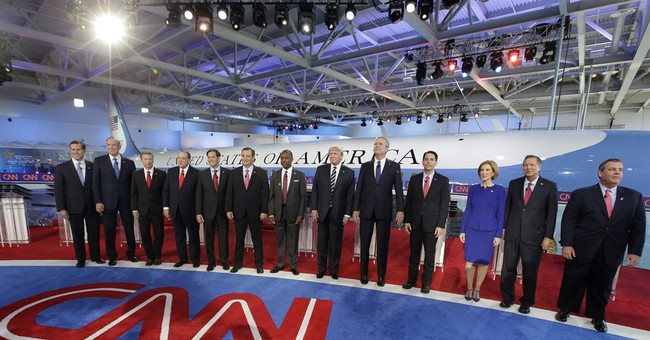 So last week during the Republican debate, hundreds of thousands of people read your tweets lambasting four of the candidates — Gov. Chris Christie, former Gov. Mike Huckabee and Senators Marco Rubio and Ted Cruz — for expressing their strong support for Israel. Based not just on what you said but also on how you said it (e.g. “How many f–ing Jews do these people think there are in the United States?”) quite a few of those readers have now concluded that you’re anti-Semitic.

Let me sum up, in one paragraph, what I think I know about anti-Semitism: It’s as old as the Judean Hills. It morphs but never dies. It’s a derangement syndrome. It can afflict those on either side of the political spectrum. Those afflicted cannot be reasoned out of it because they weren’t reasoned into it.

Look, I’m not jumping to the conclusion that any of this applies to you. I get that you’re as much an entertainer as a pundit and that being provocative is part of your shtick. That said, would you ever tweet about “f–ing blacks” or “f–ing Hispanics”?

OK, let’s put all that aside and focus on what you now say you intended: to charge that the candidates were declaring their unshakeable support for Israel only to pander to American Jews. Will you bear with me while I raise a few points that challenge your conclusion?

“No better friend, no worse enemy” — that ancient motto, I would argue, describes how the world should regard the United States. But President Obama has spent years attempting to conciliate America’s enemies while demonstrating disdain for America’s allies. Remember the bust of Churchill he removed from the White House? Remember the missile shield for Poland and the Czech Republic he canceled? The Kurds have been asking for weapons as good as those being used by their enemies (who also are our enemies) but Mr. Obama has refused.

And, most recently and significantly, he concluded a deal that will facilitate the flow of billions of dollars and sophisticated arms to the Islamic Republic of Iran — a terrorist-sponsoring regime dedicated to a global revolution against American power, a regime responsible for killing and maiming thousands of Americans over the past 36 years, a regime that controls four Arab capitals and has vowed to annihilate Israel.

Mr. Obama claims his deal will block Iran’s path to nuclear weapons. He seems to believe it will inspire a more moderate mood in Tehran. Polls show most Americans are unconvinced as is a majority in both houses of Congress.

Perhaps you figure Iran’s rulers want nukes only to use against Israel and, unfortunate as that would be, it’s an Israeli problem, not an American problem. What, then, do you make of their efforts to build ICBMs? They don’t need ICBMs to mass-murder Israelis. They need ICBMs to deliver nukes to targets on other continents. Like the one you and I live on.

Those who call themselves “jihadis” — Shia and Sunni alike — are right about one thing: Israel is the Middle East’s lone outpost of Judeo-Christian values. Israelis believe in democracy, freedom, pluralism, tolerance, human rights and minority rights. About 17 percent of Israel’s citizens are Muslims. They enjoy rights not available to Muslims in any Muslim-majority lands.

And at a time when ancient Christian communities are being slaughtered in — and eradicated from — many of those Muslim lands, Christians in the Jewish state are safe and free. Their numbers are growing. Their holy places are protected. This would not be the case were the jihadis to drive Israel’s “f–ing Jews” into the sea. You get that, don’t you?

When jihadis vow to defeat “Crusaders and Zionists,” it is Christians and Jews they are talking about. They refer to America as the “Great Satan” and Israel as the “Little Satan.” Their struggle is both ideological and kinetic and it is the most significant of this century. Israelis are on the front lines. Front-line troops deserve support, don’t you think?

Years ago, Secretary of State Alexander Haig put it slightly differently. He called Israel “the largest American aircraft carrier in the world that cannot be sunk, does not carry even one American soldier, and is located in a critical region for American national security.” In partnership with Americans, Israelis are doing cutting-edge work in such critical areas as missile defense, cyber warfare, port and airport security and intelligence.

Israelis have never asked American soldiers to defend them — they would not want that. They would, however, like Americans to support their right to defend themselves. Most Americans do. I assume you do, too.

I’m running out of space so here’s my last point for today: George Gilder, as I hope you’ll agree, is one of contemporary America’s most brilliant conservative minds. (And, as you probably know, he doesn’t happen to be Jewish.) A few years back he wrote a book called “The Israel Test.” His straightforward conclusion: Israel is “the most vulnerable source of Western power and intelligence.”

More to the point, Israel is “not only the canary in the coal mine — it is also a crucial part of the mine.” If Americans will not defend Israel, they will “prove unable to defend anything else. The Israel test is finally our own test of survival as a free nation.”

I think most of the candidates on the stage last week understand how Mr. Gilder reached that conclusion. You clearly don’t but you’re smart enough to follow Mr. Gilder’s reasoning. Unless this is not about reason. Unless this is about something else. In which case, no words or argumentation will convince you.