Worse Than No Strategy 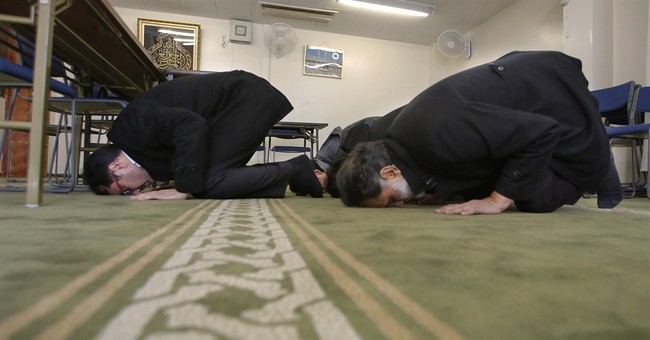 It seems like only yesterday that President Obama was being criticized for having no strategy to counter the jihadi threat. In fact, it was about ten days ago. Peggy Noonan’s Feb. 1 Wall Street Journal column was headlined: “America’s Strategy Deficit.”

Since then, a different perception has been taking root: Mr. Obama does indeed have a strategy – a “secret strategy,” one that is alarmingly misguided.

According to this theory, he believes that fighting terrorism requires accommodating the regime long recognized by the U.S. government as the world’s leading sponsor of terrorism: the Islamic Republic of Iran.

He may also see the Islamic Republic not as a rival to the Islamic State but as a more moderate alternative -- despite the fact that Iran’s Supreme Leader, Ali Khamenei, has repeatedly declared hostility toward America the foundation of the Islamic revolution.

The president appears to believe that Sunni jihadis can be countered by Shia jihadis. Last week, the Islamic State demonstrated its barbarism by immolating a Jordanian pilot. That should not cause us to forget that Iran’s rulers supplied militias in Iraq with IEDs used to immolate American soldiers, are supporting Syrian dictator Bashar al-Assad who has used chemical weapons to scorch the lungs of his opponents, and are continuing to illicitly develop nuclear weapons capable of immolating millions.

Michael Doran, a senior fellow at the Hudson Institute, has not just speculated about Mr. Obama’s “secret strategy.” He has painstakingly combed through the record and produced a 9,000-word report persuasively establishing that Mr. Obama, since early in his presidency, has been in pursuit of a “comprehensive agreement” that would allow Iran to become what the president has called “a very successful regional power.”

Understand what that means: Iran would be the hegemon of the Middle East. Some states would accept Tehran’s authority, striking deals and kowtowing in order to survive. Europeans would accommodate Iran, based on its control of the flow of Gulf oil. Israel and Saudi Arabia, nations that Iran’s rulers have threatened to wipe from the map, would be left to fend for themselves.

And some Sunnis would almost certainly turn to al Qaeda and the Islamic State to help defend them from Shia domination. Indeed, the Islamic State rose in response to the extension of Iranian power in Baghdad after America’s withdrawal from Iraq, coupled with President Obama’s decision not to support non-Islamist Syrians who had rebelled against the Assad dictatorship.

Dr. Doran cites evidence that in the first year of President Obama’s first term, there were more White House meetings on Iran than any other national security concern. Détente with Iran was seen as “an urgent priority,” but the president “consistently wrapped his approach to that priority in exceptional layers of secrecy” because he was convinced that neither Congress nor the American public would support him.

A year ago, Dr. Doran further reports, Benjamin Rhodes, a member of the president’s inner circle, told a group of Democratic activists (unaware that he was being recorded) that a deal with Iran would prove to be “probably the biggest thing President Obama will do in his second term on foreign policy.” He made clear that there would be no treaty requiring the Senate’s advice and consent.

The president believes that “the less we know about his Iran plans, the better,” Dr. Doran concludes. “Yet those plans, as Rhodes stressed, are not a minor or incidental component of his foreign policy. To the contrary, they are central to his administration’s strategic thinking about the role of the United States in the world, and especially in the Middle East.”

Those plans also explain why the president has refused to use tough sanctions, or even the threat of tough sanctions, to force Supreme Leader Ali Khamenei to choose between his nuclear weapons program and economic collapse. Dr. Doran writes: “For Obama, to force a confrontation with Khamenei would destroy any chance of reaching an accommodation on the nuclear front and put paid to his grand vision of a new Middle East order.”

Dr. Doran’s piece was published in the online journal Mosaic on Feb. 2. Four days later President Obama released his 2015 National Security Strategy (NSS). It contained nothing about the “secret strategy.” In fact, it contained nothing that could be called a strategy.

That appraisal is widely shared. For example, David Rothkopf -- who served in the Clinton administration, “voted for Barack Obama twice” and now edits Foreign Policy magazine -- called the NSS “a brief filed by the president in defense of his record to date” and a “a mishmash leavened by good intentions but unintentionally spiced up by oversights, misrepresentations, and a bad track record.”

Last Friday, National Security Advisor Susan Rice reassured an audience at the Brookings Institution that “the dangers we face … are not of the existential nature we confronted during World War II or the Cold War.” But if Iran becomes nuclear-armed, other despotic regimes will follow, greatly increasing the likelihood that terrorists will get their hands on nukes and, sooner or later, use them.

Remember that American leaders of both parties similarly minimized the threat posed by al Qaeda prior to Sept. 11, 2001. Is the lesson of that day, as Dr. Rice implies, that we should worry only about existential threats – confident that we can absorb lesser doses of death and destruction? Or should we have learned instead to do all we can to prevent our enemies from inflicting such punishment now and in the future?

This is a debate worth having. But it will be inhibited so long as the president insists on hiding his views, leaving it to a few exceptional scholars to read between the lines.