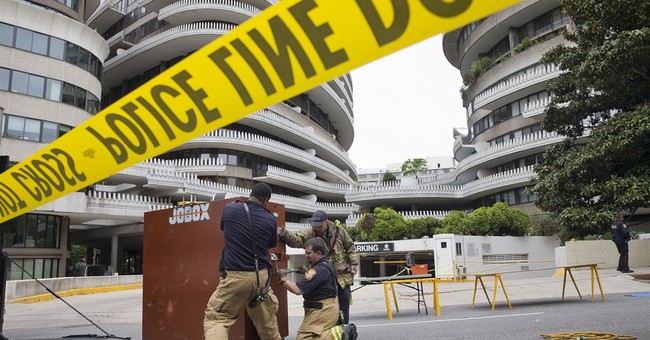 When Trayvon Martin died at the hands of a neighborhood watch volunteer in 2012, President Obama immediately sprang forward with the memorable words that Trayvon Martin looked like the son he never had.

The Rev. Al Sharpton brought down the rafters at the funeral of Michael Brown, whose shooting by a Ferguson, Mo., police officer turned Ferguson and other American towns into riot zones.

As far as I have heard, neither the President or the Reverend Al, has yet to spare a few words for Charnice Milton, who died last month when she was used as a human shield at a bus stop in Southeast Washington, D.C. Charnice was also an African-American and she led an exemplary life of conquering shyness and other obstacles to become a respected journalist.

Charnice Milton’s death, a death not requiring a trial or grand jury to tell us that she was an utterly and completely innocent victim, is left to be mourned quietly by her friends and family, including her devastated parents, and by anybody who happened to read her heartbreaking Saturday obituary in the Washington Post. Charnice Milton, you see, was an extraordinary young woman, who made the most of her all too brief span of twenty-seven years on earth.

“Talking to strangers never seemed to come easy to Charnice Milton,” a Washington Post profile of Milton began. But that of course is what Charnice forced herself to do because it was essential to becoming a journalist. Aileen Gallagher, her journalism professor at Syracuse University, told the newspaper: “Going up and talking to strangers, I think at the beginning was frightening for her, but she really powered through. I think the reporting part was very hard for her. She was in there every week talking to me about stories … she never, ever gave up.”

Charnice earned a bachelor’s degree from Ball State University in Indiana before going to Syracuse for a master’s degree. Shyness wasn’t the only obstacle. Ken McClenton, her father, told FOX5: “She had her own condition of Asperger’s and it was presumed because of her special condition, she would never excel and never achieve any great feat,” McClenton said.

She got a job with Capital Community News, a community news outlet, and she seems to have had the instincts that make a reporter excel. Maceo Thomas, a Ward 7 community activist who was trying to get a mural on a wall in the neighborhood, was interviewed by Milton and just assumed that the young reporter would do a puff piece. He got a surprise. “I just assumed that because she was young, she would totally be on my side,” he told the Post. “But she made sure to know the opposition to the mural.”

“She was one of a handful of reporters across the District who was looking at the nuts and bolts of everyday life,” her editor Andrew Lightman, told the Post. For anyone who has ever been a young reporter with high hopes, as I was many moons ago, reading excerpts from Charnice’s stories, printed in the Post, brought back our own fond memories of what it is like to be a journalist just learning an exciting trade. Charnice Milton was in that heady cub reporter phase, the one you remember fondly the rest of your days. She was, judging from the excerpts, a good writer and it is unspeakably sad that she will not have the time to perfect her craft.

Charnice Milton appears to have been caught in gun cross fire while at a bus stop, when she was returning from an assignment in a neighborhood near Eastern Market. She was grabbed by one of those actively involved in the fight and used as a human shield. "My baby was not shot by a white police officer; she was shot by two black men who are cowards and part of gang warfare here in Wards 7 and 8," her grief-stricken father, Ken McClenton, a conservative radio host, told CBN.

According to press reports, McClenton urged the people at a vigil in memory of Charnice to “talk about the problem of black-on-black crime in America,” and also to pray that cases such as that of his daughter’s murder will be solved and closed.

And that explains why President Obama and the Reverend Sharpton are unlikely to bother offering a word about the death of the outstanding young woman who was Ken McClenton’s “baby.” Charnice Milton’s death is politically useless to them; it cannot be exploited to cement any political base and, moreover, Charnice Milton’s death feeds the wrong “narrative:” she died in black-on-black crime. With the police intimidated by leaders at the highest levels, many officers have become afraid to do their jobs, fearful that they won’t be backed up in their decisions or that street mobs will harm them. As a result, crimes such as the one that claimed Charnice Milton’s life are more likely to occur and less likely to be closed.

America ought to be concerned about unnecessary police violence and work to create better relationship between cops and the communities they serve. Yet we are on a dangerous path of demonizing cops and celebrating the lawless. Michael Brown of Ferguson was fresh from a cigar store robbery in which, if the video isn’t lying, he intimidated a small and cringing clerk, and very likely caused his own death by lounging for a policeman’s gun. Yet, there is a permanent memorial in Ferguson to Michael Brown.


Michael Brown’s death is sad but this I know: he has been set up as an innocent victim and hero of sorts. This is outrageous. The more young African American men and boys are encouraged to emulate Michael Brown, the more lost young men we will see.

Charnice Milton was really an innocent victim and she was also, by all accounts, a wonderful young woman. That overused word “role model” springs to mind. I wish that President Obama had embraced Charnice Milton as an American daughter. He could have done a lot of good by talking about her as a young woman to emulate.
Trump Wants Names of Congressional Republicans Who Say Biden Won the Election
Bronson Stocking
McConaughey, Russell Brand Sound Off on the Left's Elitist Attitude Toward Trump Voters
Cortney O'Brien
Biden and Harris Aren't Backing Down From This Controversial Cabinet Pick
Bronson Stocking