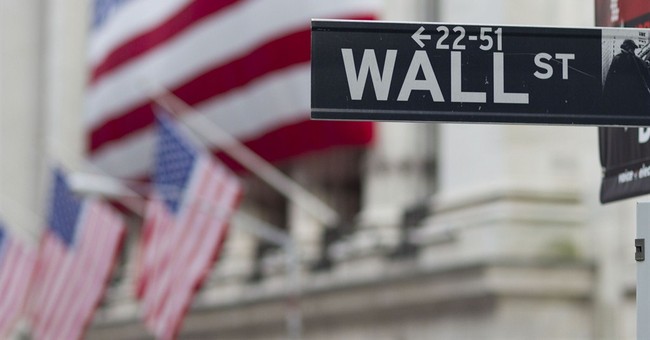 For the past several months, corporations’ buying back their own stock has become the reason for great confidence, but also a greater reason for scrutiny. Ironically, in the past corporations developed a poor reputation for buying, often loading up at the top, but avoiding chances to buy on the dip. Check out all the buying into the 2007 market top and lackluster buying in 2009.

We discussed this on my show last night, Making Money with Charles Payne on Fox Business (each week night at 6PM), and the most relevant point that was brought up was interest rates.

Essentially, corporate America is taking very cheap money to make major investments even the richest company in the world borrowed money to buy back its own stock. But not every company is Apple. That said, we have entered a phase in the market where earnings and guidance are now taking a backseat to dividend hikes and stock repurchase news.

That was the case this morning as both Children's Place (PLCE) and Dollar General (DG) have reported earnings, but that news was overshadowed by commitments to return capital to shareholders in the form of higher dividends and buybacks.

In addition, to those retailers we got results from a couple hot IPOs last night after the bell. Shake Shack (SHAK) and Box, Inc. (BOX) both enjoyed solid growth, however it was not enough to justify lofty valuations that had already come down hard from the first week of trading.

With more and more IPOs seeming like duds in comparison to the 1990s, the IPO frenzy will continue.

But the quantity and quality of IPOs against the 1990s are night and day. Far fewer deals and lot more revenue.

The problem isn't quality; it's the way these hot deals are bulked up in private before the public gets a piece of the action. I think it's a raw deal and hope investors shun more and more of these deals. The problem is even on pullbacks, it’s difficult finding true value or a bottom (I'm learning this the hard way) because fundamentals are ignored and the shorts are in control.

Overnight, Alibab (BABA) took a stake in Snapchat that values the company at $15 billion from $10 billion a few months ago. You can bet by the time you get a chance to own Snapchat it will be at valuations significantly higher.

First, let me say I think the bank stress tests are a (bad) joke. That said, 3 of 31 banks actually did not pass the test; and while two are foreign, keep in mind, they have access to Federal Reserve funds. The biggest winner from the test appears to be Citigroup while the biggest losers are Bank of America (which has to resubmit), Goldman Sachs, Morgan Stanley and JP Morgan which issued stock buybacks that were less than anticipated.