The GOP Senate Firewall: The Last Line of Defense Against Unfettered Liberalism 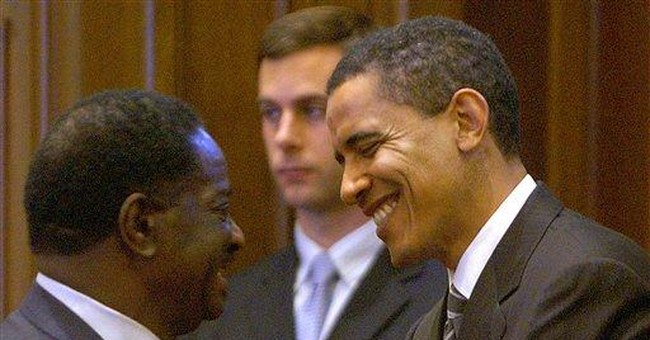 For conservatives, the magic number in this election may not be 44, as in who will be the 44th President, but arguably 41, as in the minimum number of Republican Senators necessary to sustain a filibuster and stop the liberal Democratic majority from passing whatever bill it wants.

The Democrats currently hold a slim 51-49 majority, with two independents giving them effective control of the U.S. Senate. However, the recent financial market turmoil has hurt Republicans politically, and put the Democrats within reach of the magic 60 seats, a filibuster-proof supermajority, which most political observers did not think was possible just a few weeks ago. Nearly a dozen Senate Republican incumbents – including Senate Minority Leader Mitch McConnell of Kentucky – are now in tight races against Democrat challengers.

Leader McConnell is in one of the toughest races of his political career. A September Mason-Dixon poll showed Senator McConnell leading his opponent Democrat Bruce Lunsford by only one percentage point – 45 to 44 percent. Although McConnell’s own campaign polling now shows him with a double-digit lead, the liberal Democrat establishment smells blood in the water and has poured millions of dollars into independent expenditure campaigns to defeat him. Why? Senator McConnell stands in the way of their extreme liberal agenda.

Over the past two years, the McConnell-led Senate GOP minority has become an effective “firewall” against bad legislation passed by the House. Consider the following:

Minimum Wage. In 2007, the House passed legislation increasing the minimum wage, which would have imposed disproportionate burdens on small employers. Because the Senate Democrats were unable to get the 60 votes needed to pass the House bill, they were forced to accept GOP demands to add the needed tax relief for small businesses.

Energy Tax Increases. Also in 2007, the House passed an energy bill that included big tax increases that would have hurt energy production. Senate Democrats tried to end debate on the energy bill two times, but ran into staunch Republican resistance.

Alternative Minimum Tax. The House passed legislation to temporarily shield 19 million taxpayers from being hit by the Alternative Minimum Tax, ironically a scheme dreamed up by liberals to make sure the so-called rich paid their fair share in taxes. However, the House AMT fix included tax increases, which ran into a Senate GOP filibuster. In the end, the Senate Democrats were forced to pass the AMT fix without the House-passed tax increases.

Card Check Legislation. In 2007, the House passed the “Employee Free Choice Act” – otherwise known as Card Check – which would have ended secret ballot elections allowing labor unions to organize workplaces. The Democrats were unable to get the 60 votes needed to shut down the GOP filibuster.

Funding for American Troops. In December 2007, the House approved an emergency spending bill that rejected President Bush’s request for military funding in Iraq. Senate Republicans were able to force the Democrats to accept $70 billion in troop funding with no strings attached. Overall, the Democrat-controlled House has passed 31 bills calling for various restrictions on American troops or funding in Iraq, all of which have been stopped by Senate Republicans.

Although the Presidential race is far from over, the American public must wake up to the real possibility of total Democratic control of Washington. A President Barack Obama -- joining House Speaker Nancy Pelosi and Senate Majority Leader Harry Reid – would have an unfettered path to enact these aforementioned bills – and much worse – unless Republicans maintain 41 Senators led by Mitch McConnell.

Over his four terms, Senator McConnell has been a conservative hero. For 15 years, McConnell led a principled opposition to Constitutionally-questionable campaign finance reform legislation, which he correctly argued would have restricted political speech protected by the First Amendment. Related to this, he has spoken out against Democrat calls to reinstitute the so-called “Fairness Doctrine,” requiring broadcasters to provide competing voices on public policy debates, but having the practical effect policing speech and silencing conservative voices.

McConnell, a consistent pro-growth tax cutter, has been a tireless champion for commonsense legal reform every year he has been in the Senate. Most important, as a senior member of the Appropriations Committee, Senator McConnell has ensured funding for a strong national defense and an aggressive global war on terror.

It is no wonder that liberals want to make Mitch McConnell the “Tom Daschle” of this election cycle. His defeat would not only imperil the Senate GOP Firewall, but it would strike a major blow to conservatism by ending the career of one its most effective leaders.