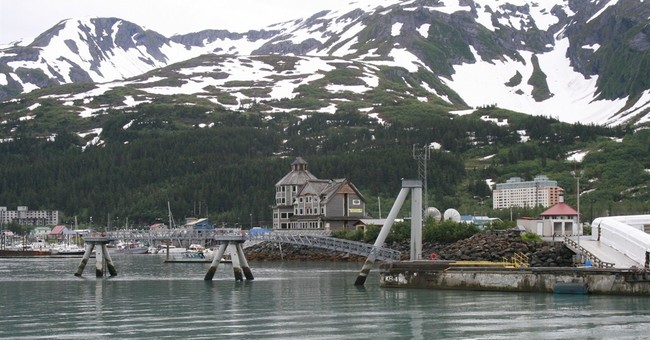 Federal overreach isn’t just a catchy talking point. It has real consequences that I see and experience every day in Alaska.

Alaska has been the victim of countless actions by the Obama Administration to unilaterally close off areas in Alaska to energy development. In the past two months, President Obama has used his executive authority to close areas in Bristol Bay, the Chukchi Sea and the Beaufort Sea from energy leasing – all without congressional oversight or thorough consultation with Alaskan officials. Then, on a Sunday morning last month we awoke to the news the president would attempt to permanently close the Arctic National Wildlife Refuge (ANWR) to energy development. While Congress thankfully has pledged not to follow this misguided directive, the administration will continue to manage ANWR as wilderness, moving the possibility of development of the area’s 10 billion barrels of oil even further into the future.

Alaskans have a right to be angry. Yes, Alaska is predominately comprised of federal lands, managed by the federal government, but this in no way limits how significantly decisions about management of these resources affect Alaskans. Our livelihoods, our state budgets and our future generations depend on energy development, and access to new energy resources on federal lands in our state is paramount to Alaska’s continued success. One-third of Alaskan jobs are in the oil and natural gas industry and 90 percent of our state’s discretionary spending is tied to revenues from energy development.

Those who criticize our state’s reliance on oil should realize the hypocrisy of their statements. Alaska doesn’t only produce oil for our exclusive use. The United States – mostly those on the West Coast – depend on Alaska oil to fuel their economies, and we have played a central role in boosting our nation’s energy security for decades.

The Trans-Alaska Pipeline System (TAPS), for example, was built with our country's energy security in mind. Today, it carries nearly half a million barrels of crude oil daily through an 800-mile pipeline from Prudhoe Bay to Valdez, Alaska, where it is shipped to refineries and consumers on the West Coast. However, the pipeline could carry much more - it once carried 2 million barrels a day - and Alaska has enough oil reserves to produce more energy for our Lower 48 neighbors.

It's disappointing that the U.S. continues to import over 40 percent of its oil. Indeed, the reliance upon imported oil is even more drastic along the West Coast: net crude imports there have jumped to a whopping 42.1 percent in 2012 from a paltry 11.2 percent in 1988 when Alaska was producing 2 million barrels of oil a day. Even worse, some of this oil is imported from unstable regions, such as Russia and the Middle East. Imports aren't increasing because the West Coast is consuming more; in fact, despite a growing population, demand has been relatively steady thanks to efficient use of our resources. Rather, California and Alaska are producing far less oil than they used to, mostly as the result of poor policies that restrict development. Prohibiting energy extraction in more areas offshore and onshore will ensure that this trend continues.

The United States is on the brink of energy independence – a goal that every president since Jimmy Carter has extoled but never achieved. The president may be celebrating lower gasoline prices, but he fails to recognize how his decisions will ensure that U.S. energy independence is nothing but a brief historical aberration. Affordable, domestic energy doesn’t happen overnight. It requires smart policies laid long before you can realize the gains. In 10 to 20 years down the road, energy consumers may join Alaskans in criticizing the president’s shortsighted actions to block Alaska energy and limit America’s energy potential.

The president should listen to Alaskans and follow our leadership. We saved America from dependency on OPEC oligarchs in the 1980s, and we stand ready to prevent future generations from facing the same threats.