Casey Ryan
|
Posted: Apr 22, 2020 11:05 AM
Share   Tweet
The opinions expressed by columnists are their own and do not necessarily represent the views of Townhall.com. 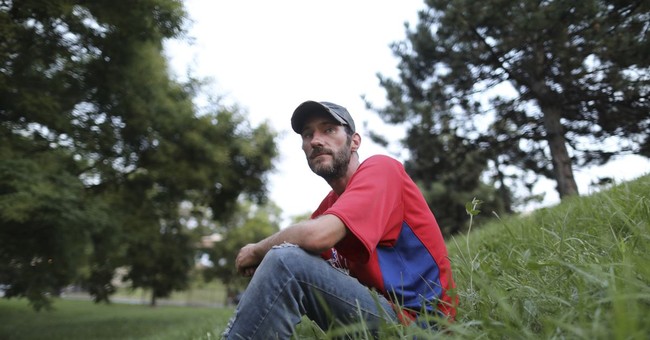 More than a million veterans who served this great nation struggle to make ends meet. Worse yet, tens of thousands of them are living on the streets homeless, and thousands more are constantly at risk of losing their homes. Many of them fail to receive the proper health care they deserve. This tragedy should be a top priority for our nation’s lawmakers. However, too many politicians today seem more concerned about offering handouts to illegal aliens who have no legal right to be in this country than they are about the plight of America’s heroes: Our Veterans.

Sadly, more than 37,000 veterans in the United States are homeless, according to a recent report by the Federation for American Immigration Reform (FAIR). More than a quarter of them – nearly 11,000 – belong to the sanctuary state of California, with other sanctuary jurisdictions like Washington and New York harboring thousands more.

And the troubling statistics don’t stop there. Approximately 1.2 million veterans are either unemployed or underemployed, meaning they are struggling to provide for themselves and their families. Included in that figure are 27 percent of the men and women who fought in Iraq and Afghanistan and now aren’t even sure how they will put food on their tables. Meanwhile, 7 million illegal aliens are working in jobs that should belong to these veterans and other Americans. That should anger any American who understands the sacrifice veterans made for this country.

Unfortunately, many of this nation’s elected officials seem completely unaware and/or unbothered by the plight of our nation’s heroes. In fact, their actions have made the situation worse. Rather than support veterans with financial aid until they get back on their feet or provide them with training programs to prepare them for the workforce, elected officials in sanctuary jurisdictions like California have spent millions of dollars ensuring that illegal aliens feel safe and comfortable in the United States and have free access to legal services when they need to fight deportation.

For example, elected officials in Oakland created a $300,000 fund to protect illegal aliens from federal law enforcement in 2018. Los Angeles has an even larger program that has spent approximately $7 million so far. The Golden State has the largest number of homeless veterans in the nation. But rather than do something about the problem, elected officials are funneling millions of dollars to illegal aliens while ignoring their homeless and underserved veterans.

California, in fact, has become the nation’s case study in how to not treat your veterans. Veterans often wait several months before receiving the proper medical care that they deserve. The veterans living in San Jose wait an average of 50 days before receiving vital treatment at a primary care Veterans Affairs clinic, and the wait time in other areas can be almost twice as long. How did California’s elected officials react to this problem? They passed a law last year to provide health insurance for illegal aliens between the ages of 19 and 25, which is expected to cost taxpayers nearly $100 million in the first year alone.

With just the money California is allocating to illegal alien health insurance, the state’s elected officials could give every single homeless veteran nearly $10,000 per year. That kind of money could go a long way toward fully eliminating the Golden State’s homeless veteran epidemic.

Other states have also copied California’s playbook. In Maryland’s Montgomery County, a proud sanctuary jurisdiction, elected officials created a similar $370,000 fund to protect their local illegal alien population from federal law enforcement in 2018. Despite the fact that at least eight illegal aliens were accused of rape within the span of a month last year, the county continues to provide free legal services to illegal aliens while refusing to hand over those who should be removed to federal officials.

Overall, the United States spends a total of $132 billion every year providing goods and services to illegal aliens. At that price tag, you could make every homeless veteran in the United States a millionaire! It’s a shame that many of this nation’s leaders spend more effort ensuring that illegal aliens feel comfortable breaking the law than they do providing basic services and aid to the veterans who risked their lives defending our freedom. When the United States has more than a million veterans struggling to put food on their table and tens of thousands remaining homeless, there is a real crisis on our hands. It’s far past time for our elected officials to realize this and act now before it’s too late.