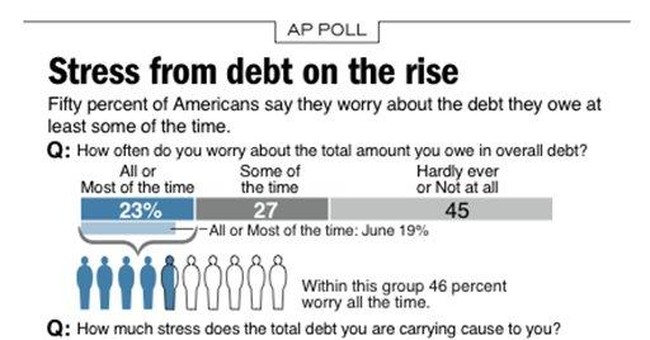 It's only been a few weeks since an aghast but riveted world watched as a home-made balloon, presumably carrying a six-year-old child, soared and dipped across the Colorado sky. It seems like it's been a lot longer.

At first, people were interested in the follow up to the hoax: the public enjoyed sitting in judgment of Richard and Mayumi Heene–the erstwhile reality TV stars–who launched the balloon in hopes of increasing their fame while their son reportedly hid in an attic.

This momentary media obsession quickly dissipated and was replaced by other events. After all, this was a story that had no legs. It was just another example of our sick media culture that exploits children. Reality TV may be the latest example, but the list goes on: preteen pop stars, toddler beauty pageants, the marketing of thongs to kids barely out of pull ups.

The public rightly is outraged when faced with another example of adults exploiting children for their own ends. But recriminations should last longer than the average news cycle and shouldn't stop in Hollywood and with the media. After all, politicians use kids all the time. And despite lofty rhetoric, the claimed concern for the children's welfare often is hot air.

Consider current calculations. Washington spent $1.4 trillion more than it took in during fiscal year 2009. It will accrue another $1.4 trillion in debt next year. We justify this mammoth overspending—which will require annual interest payments of $800 billion in ten years—as necessary to jump start the economy. But when will overspending end?

The official U.S. debt is around $12 trillion. That's nearly $40,000 for every citizen, which means that each of our kids starts off life $40,000 in the hole. Talk about taxation without representation: we are effectively spending the money of those in diapers and not yet born, long before they have a say in any of the decisions that we make. But of course, all of us, their parents and adults who are supposed to be interested in making life better, not worse, for those who come after us are supposed to represent their interests. Who can say with a straight face that today's politicians are?

Of course, the official U.S. debt is downright modest compared to the unacknowledged debt of programs like Social Security and Medicare. The next generation will be on the hook for trillions more in coming decades to pay promises that we've made today. That money will come on top of the payroll taxes dedicated to these programs. Increasingly, our federal government will be a different sort of Robin Hood: It will take from the young to give to the old.

Youth unemployment is approaching 20 percent. The lack of first jobs isn't just a temporary set back: it will reduce the earning power of the next generation for years to come. Yet instead of taking the jobs crisis seriously and pursuing policies to encourage hiring and economic growth, this Congress and Administrations fixates on a trillion dollar health care package that will raise taxes, discourage new employment, and ultimately add to mounting debts. When taking a break from the trillion dollar health bill, Congress contemplates raising other taxes, creating a job-crushing “cap-and-trade” regime, and pushing new, costly environmental regulations—all of which we exacerbate, not solve, the unemployment problem crippling the country.

We also mortgage our children's futures by perpetuating under-performing programs. Take public schools, which leave a frighteningly high fraction of young generations unprepared to participate, let alone thrive, in the modern economy. How can we spend more than $10,000 per pupil and get such dismal results? The ugly truth is public education isn't designed for students, but to serve primarily the legions of adults it employs. Unions make it almost impossible to fire a teacher, no matter how incompetent, and fight making educators accountable by letting parents choose their kids' school.

Consider what's happened with the Washington D.C. Opportunity Scholarship program. Since 2004, this program has helped about 1700 low-income students attend a school of their choice each year. Here's how Ronald Holassie described it, when testifying before Congress in support of the program: “The Opportunity Scholarship Program has changed my life and has made me the successful young man standing before you now.” It isn't just students and families that think that the program is working. A rigorous analysis that was launched at the outset of the program found that the voucher students were outperforming their peers who had sought, but didn't receive, a voucher. The program works, and it cost just $13 million in 2009—that's not even a rounding error in Washington budget debates. So what's Washington doing? Naturally they're phasing out the program. Apparently in makes too many of the adults comfortably milking the status quo uncomfortable.

Who are we to judge the Heenes and their “balloon boy” ploy? Through our elected representatives, we sell out our children every day.