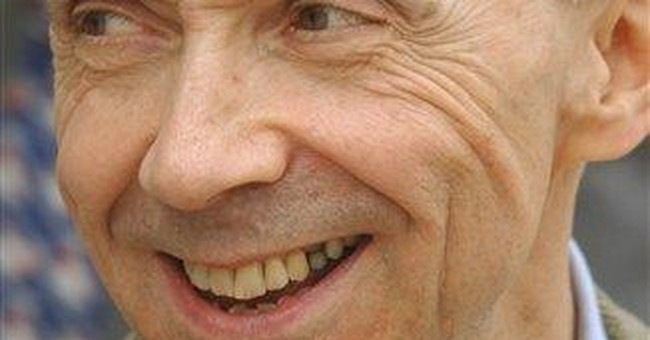 Preparing to fill the Supreme Court seat soon to be vacated by David Souter, President Obama has announced that he wants a judge with “empathy.” According to the President, his nominee must understand “justice” to be “about how our laws affect the daily realities of people's lives -- whether they can make a living and care for their families, whether they feel safe in their homes and welcome in their own nation."

As a former constitutional law professor, surely the President understands that possessing “empathy” in the abstract is an absolutely meaningless criterion for a judge. When a President emphasizes the importance of “empathy,” the more proper question becomes not whether a particular judge has empathy, but rather, for whom? After all, empathizing with a woman who wants a late-term abortion necessitates a certain lack of empathy for her unborn baby. Empathy for accused criminals can feel like something very different to their victims.

In fact, by invoking a comfortably-undefined “empathy” as the indispensable quality in a justice, President Obama is deftly deploying warm, fuzzy rhetoric to signal that he intends to select a justice with a very specific left-wing policy agenda. Looking for a nominee who is concerned about whether people “can make a living and care for their families” means he is seeking a judge who will side with unions or plaintiffs against businesses. Nominating a jurist who worries about whether people “feel safe in their homes” means finding a person who will greet with skepticism the claims of law enforcement in search and seizure (or national security) cases. And selecting a judge pledged to make people feel “welcome in their own nation” means naming a justice with the politically correct views on hot button social issues ranging from gay marriage to affirmative action to immigration to removing faith from the public square.

Barack Obama won the election fair and square, so there would be no grounds for objection if he were listing the criteria for a nominee to a policy-making position. But he isn’t. He is selecting a jurist, and therefore is supposed to be seeking someone who will uphold the rule of law by deciding cases impartially, based only on the law and the facts before him – and nothing else.

Instead, Obama wants a policymaker sitting on the Supreme Court – in fact, a super-lawmaker on steroids. He’s looking for a judge willing to engage in an enterprise that has nothing to do with the actual process of adjudication – that is, interpreting the laws that have been passed by a legislature and signed by an executive. Rather, Obama’s ideal nominee will eagerly seek to participate in the inherently political enterprise of deciding cases based – not on the Constitution and laws – but on whether s/he personally feels one particular outcome would be preferable to another. That’s known as results-oriented jurisprudence. And it’s dangerous.

The kind of judging the President approves is completely subjective. Justices pluck a phrase from the Constitution and imbue it with a new, hitherto- unimagined meaning in order to reach a liberal result consistent with their own personal political or social sympathies. By such formulations, the concept of “liberty” can be expanded at a Justice’s own whim to authorize constitutional protection for everything from assorted abortion rights to gay sex (as, ironically, Reagan nominee Anthony Kennedy has done over the years). And in the future, if President Obama’s justice has anything to say about it, “liberty” will be extended even farther to serve as a rationale for imposing gay marriage, eliminating restrictions on partial birth abortion, and validating any other trend du jour that the left embraces.

Eventually, should a Republican president start nominating justices based primarily on their “empathy,” surely even liberals will realize that it is dangerous to install a judiciary that relies on feeling, rather than reason, as the indispensable guide to judicial decision making. After all, a judge’s empathy extends most predictably to parties to whom s/he relates or with whom s/he sympathizes personally or politically. As such, relying on “empathy” undermines citizens’ confidence that all will be equal before the bar of justice – and that adjudication itself will be impartial. That assurance is essential for a free people to remain free.

There is a reason that Lady Justice wears a blindfold. Justice is supposed to be blind to the race, gender, finances, politics – and every other “empathy”-eliciting – characteristic of those who seek it in good faith. Apparently, it’s too much to hope that figuratively, at least, President Obama’s justice will be, too.